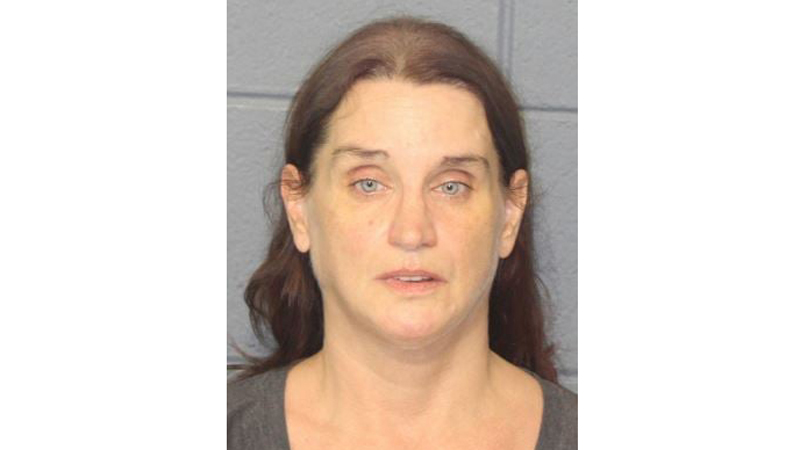 LAPLACE — Cherry Roberts-Matherne, 45, of LaPlace was arrested Friday, Sept. 18 for bank fraud and other counterfeit actions resulting in more than $16,200 in losses to a local financial institution. Roberts-Matherne also has been linked to other losses for out of state institutions, with the final amount still under investigation.

Detectives with the St. John Parish Sheriff’s Office and members of the U.S. Secret Service-LA Cyber Fraud Task Force-New Orleans learned that Roberts- Matherne in April 2020 began depositing checks then withdrawing money to defraud the bank in a process known as check kiting, a scheme to inflate the daily balance of a checking/savings accounts. Doing this allows funds to be withdrawn before the bank can place a stop/hold on the account before any counterfeit checks are returned.

Most of the checks, in her name, were drawn on other banks. After the checks were deposited, they were returned as counterfeit. Roberts-Matherne attempted to deposit and withdraw U.S. funds valued at over $80,000.

Through investigation, detectives learned Roberts-Matherne had entered into an online relationship with someone who opened bank accounts in her name to deposit counterfeit checks. Officers also determined that the identity of the subject met online was not legitimate. Roberts-Matherne attempted to negotiate these checks at a local financial institution on behalf of the person met online as part of an ongoing fraudulent scheme. Roberts-Matherne also fraudulently received funds via ACH deposit as a result of Unemployment Insurance/COVID-19 fraud from the state of Arizona totaled nearly $22,500. Roberts-Matherne also participated in an ongoing scheme, sending money to a woman identified as the online person’s mother in Arizona via the U.S. Postal Service. Members of the Task Force were able to recover some funds, $6,610, from the U.S. Postal Service before being mailed. It was also discovered that the woman in Arizona was not the mother of the subject met online.

Through further investigation, detectives learned Roberts-Matherne facilitated and utilized a third party online money transfer service to receive accounts that the online subject directed her to. Roberts-Matherne also used credit cards that were allegedly replenished or filled with funds derived from UI/COVID-19 fraud to pay $1,000 on a personal debt at the local bank that was previously defrauded. It was discovered that Roberts-Matherne allegedly made numerous purchases both online and at retail outlets with these credit cards as well.

Based on this investigation, a judicial warrant was obtained, and Roberts-Matherne was charged with illegal transmission of monetary funds, money laundering; transaction involving a criminal act (felony), principal to monetary instrument abuse, and bank fraud (felony). She was released Sept. 18 on a $34,000 bond. The investigation is ongoing to verify details of the origin of the subject met online.