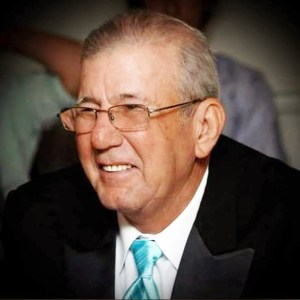 John died on Monday, September 14, 2020 at the age of 65. His wife was holding his hand, he requested and received the last rites and passed peacefully unto the Lord. He was born in Garrison, North Dakota but was a life-long resident of Louisiana. John enlisted and served in the Army as a Medical Corpsman. John especially enjoyed live music and dancing with his wife. He was an amateur actor. He was a huge fan of Riverside, LSU, and Saints football and NASCAR.  Some of John’s fondest memories would be of his travels.

John is preceded in death by his parents, Jack William Ferguson and Thelma Luanna Ferguson, and his brother, John H. Ferguson.

Relatives and friends of the family are invited to attend the visitation from the chapel of Brandon G. Thompson Funeral Home located at 12012 Hwy 190 West Hammond, LA on Saturday, September 26, 2020 from 9:30 a.m. until 11:30 a.m. A Funeral Mass will follow at 1:00 p.m. at St. Margaret Catholic Church in Albany, LA with Fr. Brad Doyle officiating.

The Family would like to give a special thanks to Dose Of The Coast, who  helps cancer survivors. They treated John and his brothers to a special day of fishing before he passed