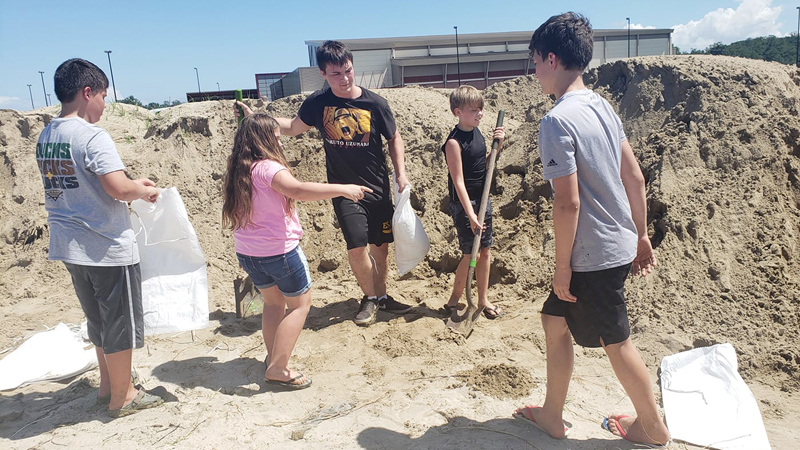 LAPLACE — Five local children took the initiative to help neighbors fill sandbags over the weekend in preparation for Hurricane Sally.

Brandon Couste Jr., 17, Brennan Couste, 13, Brayden Dufour, 11, BrydenCouste, 10, and Delilah Dufour, 10, worked together to fill more than 100 sandbags for those in need outside of the St. John Community Center in LaPlace.

One community member said the children helped her and her 10-year-old daughter fill 15 sand bags. The public took notice of their efforts, and one gentleman bought all of them ice cream in a show of appreciation.

Brandon Couste Sr. was away for work Sunday and was unable to help with storm preparation as his wife and the children headed out to fill sandbags for their home.

Couste felt a swell of pride when his wife told him about the children’s selfless actions.

“While they were out there, the children noticed a few people alone and having a difficult time holding the bags open while shoveling in sand. They asked if they could continue to fill bags for others to help since there were five of them and they could get it done faster,” Couste said. “It makes me proud that they always want to help others and have such big hearts. It was awesome that they came up with the idea on their own and worked together as a team to make it happen.”