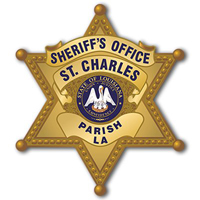 LULING – Sheriff Greg Champagne announced arrests have been made in connection with an overnight rash of vehicle burglaries that occurred on September 7, in the Bayou Gauche area.

On the morning of Monday, September 7, the S.C.S.O. began investigating a dozen vehicle burglaries and one attempted vehicle burglary that occurred in Bayou Gauche. During the investigation, it was learned that several debit cards, money, three handguns, and several other miscellaneous items were stolen.

Later in the day, deputies responded to a report of a stolen mini-bike that occurred in the 300 block of Scott Street in Paradis, sometime between 6:30 p.m. and midnight on September 6. The mini-bike was located at a residence in Paradis, and a juvenile suspect was apprehended.

During the mini-bike theft investigation, detectives located property from some of the Bayou Gauche burglaries at the juvenile’s residence. In addition, other stolen property including the three stolen handguns were recovered from a vehicle located at the suspect’s residence.

Throughout the continued investigations detectives were able to identify four individuals who are the same suspects for both cases.

Champagne would like citizens to know that this is still an active investigation. Detectives are still reviewing video footage, interviewing witnesses, but at this time we feel confident that there are no other suspects associated with these crimes. He would also like citizens in the Bayou Gauche area with video surveillance cameras to review video footage and contact the Sheriff’s Office if they observe any suspicious people or cars during the nighttime hours of September 6 or the early morning hours of September 7.