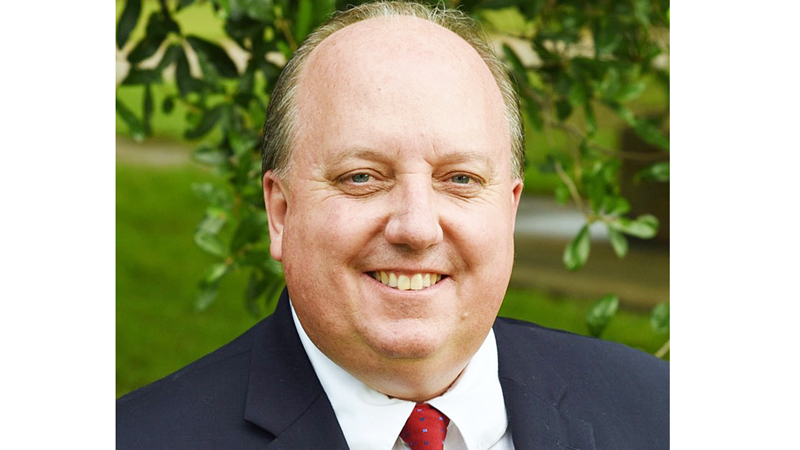 [EDITOR’S NOTE: The trial was ongoing as of press time Friday. The verdict will be posted online at lobservateur.com and published in Wednesday’s L’OBSERVATEUR.]

The final five witnesses in the prosecution’s case testified before Judge Dennis Waldron in the Edgard Courthouse Thursday. In order for prosecutors with the Attorney General’s Office to convict Perilloux of three felony counts of indecent behavior and one misdemeanor count of sexual battery, they must convince the jury that Perilloux displayed lewd and lascivious behavior in order to gratify his sexual desire.

One young witness’ testimony backtracked on a 2018 statement that Perilloux had inappropriately touched her swim shorts, potentially casting some doubt on the charges. Meanwhile, other alleged victims in the case provide testimony on their relationships with Perilloux and the difficulty of speaking out against wrongdoings when lifelong friendships are at stake.

Child sexual abuse expert Kim Madden of the National Children’s Advocacy Center in Alabama talked to the court about her experience working with young victims, stating, “Most experiences of grooming and manipulation create psychological difficulties for children that need to be treated.”

She defined grooming as the preparation of a child, the child’s parents or the community at-large for the eventual abuse of the child. According to Madden, the purpose of grooming is to gain access, maintain secrecy and maintain control of a child.

While prosecutors believe Perilloux displayed these behaviors with the alleged victims, the defense maintains that Perilloux’s interactions with the girls were those of a supportive father figure. Defense attorney Kim McElwee stated Wednesday that all charges resulted from a misunderstanding that has been embellished and blown out of proportion.

As this is being written, the defense is presenting its case at the Edgard Courthouse. Closing arguments and jury deliberation were set to follow Friday evening or Saturday.

Below is a summary of key witnesses who stepped up to the witness stand Thursday.

Alleged Victim 1 testified that she had a close relationship with Perilloux since she was always with his youngest daughter. Jurors viewed a Snapchat recording that was identified by Alleged Victim 1 as a video of Perilloux resting his head on her shoulder as they sat on the living room sofa in his LaPlace home.

“He was a second father to me. Everything I was successful in, he congratulated me for. I was also there for him in the successful parts of his life,” Alleged Victim 1 said.

One example, sent from Perilloux to Alleged Victim 1, said, “Hey (name redacted), it’s Papa J. I just wanted to congratulate you on being named to the (activity redacted). I am very happy for you and very proud of you.” Other messages wished her well on exams and expressed that she did a great job at her other school activities.

Alleged Victim 1 recounted her testimony of a July 2017 incident that took place during a Florida vacation. Alleged Victim 1 stated that Perilloux was lying in bed and twirling the front of her shirt as she asked if she and the other girls could have a curfew extension to 12:30 a.m. They were the only ones in the room, which was dark aside from the light filtering in from the open door.

She alleged that Perilloux’s hand went under her shirt and that his fingers slipped under the waist band of her bathing suit bottom. She recalled saying “no” as Perilloux told her “let me do your top,” and “I’m this close to saying yes.”

Alleged Victim 1 said nothing more happened because she backed away from the situation. While she was adamant about not telling the police, her parents notified Florida authorities when they drove to the vacation condo to pick her up.

“I knew everything would blow up. Everything I didn’t want to happen has happened. It was easier to keep it to myself than to have so many other people get hurt,” Alleged Victim 1 said.

She alleged that Perilloux gave her inappropriate massages on two occasions at his LaPlace home, at one point placing his hand over her nipples for 15 to 20 seconds. Alleged Victim 1 said her friend Alleged Victim 2 was also in the room at the time but could not see what happened because she was sitting in the front of a three-person massage train in Perilloux’s bedroom.

The defense shared images of the 2017 Florida vacation with the jury in which the five girls appeared to be happy and having fun. The defense also pointed out that Alleged Victim 1 sent Perilloux a “Happy Father’s Day text around the time of the alleged massage incidents.

In her 2018 forensic interview with the Child Advocacy Center in New Orleans, Alleged Victim 2 alleged that Perilloux, while holding a running water hose, told her to close her eyes and pulled her bathing suit shorts out away from her skin. At the time, she could not recall if Perilloux pulled the front or the back of her swim shorts.

During her testimony before the court on Thursday, Alleged Victim 2 said she did not remember if Perilloux had actually touched her bathing suit shorts.

Alleged Victim 2 said she was sure in her memory of Perilloux rubbing sunscreen on her body after she said, “That’s OK. I can do it myself.” The sunscreen incident allegedly occurred in Perilloux’s living room in the early summer of 2017 as his daughter and Alleged Victim 2 were preparing to play on a backyard slip-n-slide.

Alleged Victim 2 said Perilloux followed the outline of her sports bra and swim shorts with his hands but did not touch any private areas while applying the sunscreen.

“I tensed up, and I stared out the window the whole time,” Alleged Victim 2 said. When the defense questioned why she didn’t tell her parents, she said, “It’s an uncomfortable conversation. Usually adults are people you can trust, and they should know right from wrong. I wasn’t going to say he was wrong when I was 14.”

After taking the stand, another teenage witness testified that she was not too close with Perilloux’s daughters but had gone over to their house on a few occasions. She stated that she did not remember giving her phone number to Perilloux before he started texting her. Louisiana State Police took screenshots of these texts, which were publicized to the jury but not read aloud in court.

The teenage witness testified that she was at her place of employment when Perilloux showed up by the pool and gave her $100 by the concession stand. She said it was Perilloux who invited her to attend the July 2017 trip to Fort Walton Beach.

The teenage witness said she was one of the two girls who Alleged Victim 1 confided in after the alleged incident with Perilloux.

The third witness of the day was Alleged Victim 3, the alleged victim linked to the misdemeanor count of sexual battery.

Alleged Victim 3 said she has known the Perilloux family since preschool and has always had an extremely close relationship with Perilloux’s oldest daughter. Alleged Victim 3 cried on the witness stand Thursday as she recounted losing her best friend over the allegations in the case.

Never having used the medicine before, Alleged Victim 3 applied it to her throat before Perilloux allegedly said, “No, it goes on your chest” and reached into her shirt to apply it. Alleged Victim 3 testified that Perilloux touched the sides of her breasts while she wasn’t wearing a bra.

After the incident, Alleged Victim 3 said she locked the bedroom door and never slept over again.