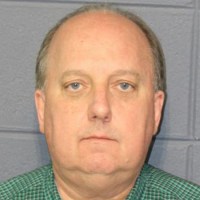 “He was like a second father to me” and “he treated us like daughters” were sentiments shared by two of Perilloux’s alleged victims. Jurors listened to video recordings of forensic interviews conducted with the teenagers after the Okaloosa County Sheriff’s Office in Florida opened an investigation into Perilloux’s conduct with underage females.

The investigation began after one of the girls, 15 years old at the time, alleged Perilloux touched her stomach, slid his fingers into her bathing suit bottom and asked to tie her top during a Florida vacation in July 2017. A.G., a lifelong friend of Perilloux’s youngest daughter, also claimed that Perilloux had on two occasions given her inappropriate massages at his LaPlace home. She said these massages occurred between May and June of 2017, and the second involved Perilloux reaching his hands under her shirt and bra to stroke her breasts.

During a separate forensic interview, E.H., another friend of Perilloux’s daughter, said there were times when Perilloux made her feel “weird and uncomfortable.” E.H. alleged that, in early summer 2017, Perilloux lathered sunscreen onto her and his daughter before they went on a slip-n-slide in his backyard. She said it felt like Perilloux was too close for comfort when he applied sunscreen near the edges of her sports bra and shorts.

Perilloux has been on leave with pay from the 40th Judicial District Court since May 2018. He pleaded not guilty to three felony counts of indecent behavior and one misdemeanor count of sexual battery, which resulted from an incident in which he allegedly applied Vicks Vaporub to an 18-year-old during a sleepover with his daughter.

The defense maintains that the events in question never happened and that the charges are a result of gross exaggerations. The defense painted a picture of A.G. as a troubled teen who was struggling with depression and adjusting to a new stepmother in her life at the time the charges arose in 2017.

The defense noted that none of the alleged victims or their families alerted the St. John the Baptist Parish Sheriff’s Office or Louisiana State Police after the incident in Florida and that E.H. continued to visit the Perilloux household for months after the alleged indecent behavior.

The St. John Sheriff’s Office was eventually alerted to the investigation by Florida authorities at the end of 2017. The Attorney General’s Office is handling the prosecution to avoid any potential conflict of interest since Perilloux is an elected official in St. John the Baptist Parish.

The defense told jurors that there is no evidence to prove Perilloux committed lewd and lascivious acts with intent to gratify sexual desire.

In the opening statements, the prosecution stated witness testimony and screenshots of text messages between Perilloux and the alleged victims will be presented over the course of this trial to establish intent.

“The messages might not stand out by themselves, but you will see a pattern emerge,” Assistant Attorney General Matthew Derbes said.

E.H.’s parents and A.G.’s father were called to the witness stand Wednesday morning. Also called to the stand was the father of M.S., a teenager who was present at the Florida vacation.

A representative from a Children’s Advocacy Center in Florida and a trooper with Louisiana State Police provided testimony later in the day. The recorded forensic interviews commanded the court’s attention for most of the afternoon.

A.G. visibly teared up and started sniffling in both of her interviews when she explained what had happened with her best friend’s father. She stated that she didn’t think much the first time Perilloux massaged her since his fingers did not reach too low past her collarbone. Perilloux’s daughter was in the living room with them, sitting nearby on a recliner. A.G. reasoned with herself that it could have been an accident and decided not to speak up since she was so close with the Perilloux family.

During the second massage, Perilloux allegedly reached lower and stroked A.G.’s breasts. She said the second massage occurred in Perilloux’s bedroom with E.H. also present, while the three of them were lined up in a “massage train.” Perilloux was reportedly in the back, massaging A.G. as A.G. massaged E.H.

E.H. stated that she also received a massage from Perilloux, though there was nothing unusual about it since he only touched her shoulders and back.

In her forensic interview, E.H. stated that, after Perilloux applied sunscreen to her body in summer 2017, he told her to close her eyes and pulled her swim bottoms out and away from her skin while holding a running water hose. She said he did not reach inside her bottoms, but the incident felt “weird.” She had the same uncomfortable feeling when Perilloux applied the sunscreen despite her saying she could do it herself.

“We’re not related and he’s older. He’s an adult, so it was just weird,” she said.

The prosecution is expected to present at least five more witnesses Thursday before the defense makes its case. Judge Dennis Waldron said the trial should continue through Friday, with the potential for jury deliberation on Saturday.