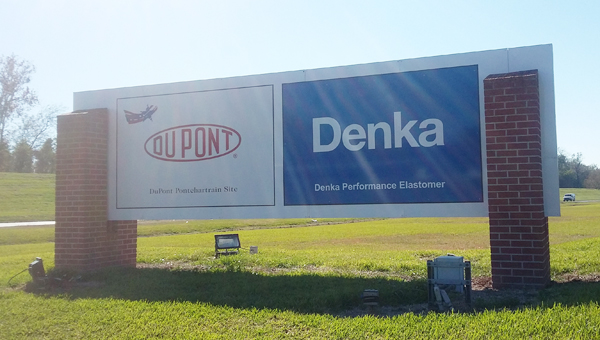 LAPLACE — Denka Performance Elastomer has committed to continue monitoring ambient air quality at six locations near the company’s Neoprene-producing facility in LaPlace through 2021. The company has voluntarily monitored air quality to track the progress of its over $35 million emissions reduction program alongside the U.S. Environmental Protection Agency since 2016.

EPA notified the Louisiana Department of Environmental Quality in an August letter it would end its community monitoring program in St. John the Baptist Parish at the end of 2020, stating the agency had collected “over 2,500 samples” of ambient air since 2016. The letter cites DPE’s progress in eliminating 85 percent of the facility’s emissions of chloroprene, a milestone also recognized by Louisiana Department of Environmental Quality in May. EPA also recognized DPE’s reductions in an update to its 2014 National Ambient Air Toxics report.

However, DPE has voluntarily committed to continue its air quality monitoring efforts to further confirm the effectiveness of its emissions controls and provide the public with additional information. DPE provides its monitoring data in monthly reports to LDEQ and EPA, among others. DPE’s air monitoring data will also continue to be made publicly available on LDEQ’s website.

According to DPE, data collected by ambient air monitoring programs over the past four years show a significant decrease in the amount of chloroprene present in air in St. John the Baptist Parish as a result of the company’s over $35 million emissions reduction program completed in late 2017.

“DPE’s top priorities are protecting its employees and community,” said Plant Manager Jorge Lavastida, “And air monitoring results collected over the past few years have confirmed a significant decrease in ambient air concentrations as a result of DPE’s emissions reduction program. We plan to continue to monitor to assess our progress.”

Since DPE purchased the Neoprene-producing portion of the Pontchartrain facility near Reserve 2015, it has operated with safety and environmental stewardship as its top priorities, according to Lavastida. In less than two years, the company voluntarily spent more than $35 million installing new emissions control technologies in partnership with LDEQ that have shown to reduce the facility’s overall chloroprene emissions by 85 percent compared to 2014 levels.

As a result, Lavastida said the company’s monitoring efforts have shown a significant reduction in chloroprene measured near the facility.

DPE intends to make strategic investments in the Pontchartrain facility while adhering to a key DPE guideline to develop and supply products that are safe and environmentally friendly. DPE considers the safe production and handling of materials and products and the prevention of their unauthorized release into the environment as its most important mission as a chemical manufacturer.