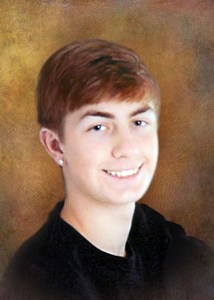 According to his obituary, Pusey was a native of LaPlace and a 2020 graduate of St. Amant High School. A freshman at LSU and a member of the Tiger Band, he was to have started band practice this week. Additionally, he was Boy Scout working to become an Eagle Scout and was an altar server at St. Joan of Arc Catholic Church.

The initial investigation revealed the crash occurred as Pusey was traveling westbound on Interstate 10 in a 2009 Honda Accord. For reasons still under investigation, the Honda exited the roadway to the right and struck a tree bordering the roadway.

Pusey was properly restrained at the time of the crash and sustained serious injuries. He was transported to a local hospital, where he ultimately succumbed to his injuries.  As part of the ongoing investigation, a toxicology sample was obtained from Pusey for analysis.

Louisiana State Troopers wish to remind motorists that all occupants in a vehicle must be restrained, regardless of seating position. While not all crashes are survivable, statistics show that the chances of surviving a crash rise significantly when properly restrained. Making good choices while in motor vehicles such as never driving while impaired and always ensuring every occupant is properly restrained can often mean the difference between life and death.