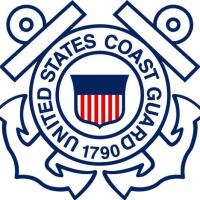 NEW ORLEANS — The Coast Guard rescued a pilot of a downed aircraft Thursday evening in St. John the Baptist Parish.

Rescued was Calvin King, who was transported to University Medical Center in New Orleans with a broken arm and no other reported injuries.

Watchstanders at Coast Guard Sector New Orleans received a report around 9 p.m. from the St. John the Baptist Parish Sheriff’s Office that a single engine plane had crashed in a swampy area north of the Port of South Louisiana Executive Regional Airport, with one person aboard.

Watchstanders directed a Coast Guard Air Station New Orleans MH-65 Dolphin Helicopter aircrew to the vicinity, where the aircrew recovered the pilot from the wreckage.