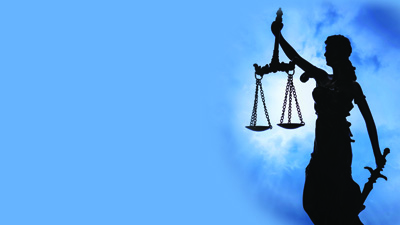 LAPLACE — Incumbent Division C Judge Sterling Snowdy will face challengers Eric Carter and DaShawn Hayes in the Nov. 3 election. The St. John the Baptist Parish community will decide who to elect to the 40th Judicial District Court in Edgard to serve the next six-year term. 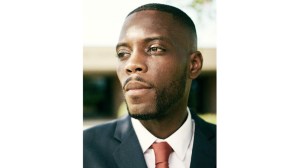 DaShawn Hayes wanted to study law from the time he was in the seventh grade. After graduating from East St. John, he obtained his bachelor’s in political science from LSU and attended law school at Southern University.

His 10-year career as an attorney has focused on civil and criminal litigation near and far, ranging from immigrations to personal injury, workers comp and medical malpractice. He is also licensed in California, where he has entertainment law experience representing cases involving high profile celebrities such as Beyoncé, T-Pain, Macklemore and Ryan Lewis.

Now, he wants to give back to St. John the Baptist Parish by improving the efficiency of the local court system as the Div. C District Judge of the 40th Judicial Court in Edgard.

“I feel that the law basically controls everything around us. I wanted to be a part of that to be able to make my mark in the community for something that is so important to us,” Hayes said.

According to Hayes, the COVID-19 pandemic has shown the court system is due for a technological overhaul that could include reducing required physical appearances in court for small pre-trial matters and misdemeanor offenses.

“The court should take better interest in having pre-trials with litigants or their attorneys to eliminate some of the issues so we won’t have such a massive docket of little things that could have been resolved before anybody stepped inside the court,” Hayes said. “Use of technology such as Zoom can help. I would like to have litigants make their arguments on paper or on briefs and the court could make a decision as opposed to requiring everyone to come to court to make a five-minute argument that could have been read from the brief.”

Hayes added that the court should take special care to utilize e-filing whenever possible and stagger the court schedule so that more time can be given to each case.

He would like to increase the court’s community involvement by offering “know your rights” seminars and encouraging the public to come in and observe the court. Hayes would like to potentially hold court at high schools in St. John Parish to capture the interest of the younger generation. He plans to work with local organizations to increase community outreach.

Hayes believes a judge should be impartial and able to apply the law fairly without any outside agenda. He said a judge should also be well versed in the law and efficient at maximizing the resources of the court.

“I’m a member of the Inter-Pacific Bar Association where I’ve traveled to Southeast Asia to network with attorneys worldwide and also delve into international law. I believe I am well versed in the law, and I’m able to bring what I’ve learned from the years of experience practicing as an attorney and also the organizations I am part of to be able to bring something new and fresh to St. John,” Hayes said. “People should elect me because I’m not afraid to be impartial and give this position everything I have. I spent my career having a tenacious attitude to fight for my clients, and I take that same attitude to the courtroom as a judge. I will treat everyone fairly, and I will make everyone feel like their case is important.” 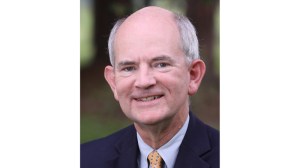 Judge Sterling Snowdy has served as the St. John Parish Division C Judge since 1997, and he is now seeking his fifth six-year term in the Nov. 3 election. In his 34 years of legal experience, Snowdy has presided over everything from capital murder cases to misdemeanor offenses, custody matters and successions.

“I’ve learned a lot about the law and a whole lot about people. My true calling is helping people. It’s the most interesting job in the world. There may be some processes that are repetitious, but every case is different and requires my undivided attention,” Snowdy said.

After considering careers in the medical field and television programming in his youth, Snowdy graduated from the University of New Orleans and earned a Juris Doctor degree from Loyola School of Law in New Orleans. One day, Judge William Bradley observed Snowdy and told him he had the right temperament and care for people to become a judge.

“You have to be a patient person. You need to work long hours usually and not give up on a case just because you are tired. It’s a people skills job also. You have to treat them with a great deal of respect and dignity no matter who the person is,” Snowdy said.

Snowdy said experience is what will set him apart in the Nov. 3 election.

“I’ve been blessed serving the people of St. John Parish for the last 24 years. I have experience to lead me into another six years,” Snowdy said. “If you come visit my courtroom, you will see I’m very patient. Everybody gets his or her say in court. Not at the same time – I’m very much a stickler for everybody has their opportunity to speak and not speaking over each other. I’m very fair and honest with people, and I try to be very mindful of the attorney’s time and the litigant’s time.”

In his tenure as judge, Snowdy has worked to increase the efficiency of the court by pre-clearing calendar dates with attorneys and litigants to decrease the amount of continuances.

He has been actively involved with the youth of the parish through visiting schools and inviting students into his courtroom for the annual St. John Parish Law Day.

“They are our citizens of tomorrow. We want them to get the best possible education, and that includes civic education, how the courts work, what you can come to court for and who the judges are,” Snowdy said.

Snowdy has had to adapt to changing times to keep the Edgard Courthouse up to date. He has also adapted to meet the public’s needs during the COVID-19 pandemic.

The Edgard Courthouse received substantial audio and video upgrades this year in preparation for the high profile Kyle Joekel case.

“We have a courtroom that’s really second to none in the state. We’re doing a lot of hearings by Zoom to accommodate people who are just not comfortable coming into a courtroom,” Snowdy said.

In addition to his membership in various legal organizations, Snowdy is involved in several community organizations in St. John Parish including but not limited to the St. John Theatre Board, Keep St. John Beautiful and the Belle Terre Civic Association. 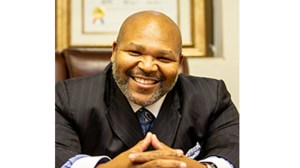 Eric Carter is a homegrown U.S. Navy veteran, ordained minister and managing attorney of a law firm with a nationwide focus on personal injury and complex litigation.

His platform for the Nov. 3 election, nicknamed the “Carter Cares Approach,” places emphasis on rehabilitation, community outreach, impartial service and court efficiency. He brings to the table energy, zeal and a desire to create positive change in in a community that he feels is “screaming for bold, fresh leadership.”

Carter attended law school as an older student with a diaper bag over his shoulder. Balancing family life with his schooling made him a serious student. While working in the federal sector, he was awarded a full scholarship to the Loyola University of New Orleans College of Law.

Carter’s life has been full of blessings, and now he is ready to give back.

“I can’t thank of any other way to say I’m grateful and I’m thankful but through serving other people. I feel compelled now more than ever to offer myself to the community that I love,” Carter said.

While law often involves punishment, Carter said the courtroom could also set the stage for stories of redemption and rehabilitation. In his prior experience as a Families in Need of Services (FINS) officer, Carter found that bad behavior was often a reflection of a person’s circumstances.

When looking at cases, especially those involving juveniles, Carter wants to look for redemptive qualities of the individual to see if they could benefit from community service or education programs.

“There are ways to hold people accountable while still looking at the bigger picture,” Carter said. “There are many ways we could approach it if we are courageous enough to touch a life.”

He hopes to partner with nonprofit and religious groups in the community to offer resources helping people reach their full potential. Carter also wants to be present in the school system because he believes in the phrase, “Youth don’t care how much you know until they know how much you care.”

“I don’t want my youth in the community to see me for the first time when they’re before me,” Carter said.

In terms of efficiency, Carter said the COVID-19 pandemic has forced the courts to embrace technology in a new way. Along with it is the lesson that people no longer need to carve out their whole day for a court matter that will likely be continued if it can be handled virtually.

In regard to service, Carter believes a judge should come to the bench neutral, without an agenda and aware of his or her own prejudices and biases. He said a judge should be present to the point where everyone in the parish knows their judge’s name.

“I come to the bench with a levelheadedness. I’m not taking the bench as a crusader. I come to the bench simply to be fair and impartial. I will respect the parties as they present their information. I will know the facts. I will reasonably weigh the facts with the law and the circumstances,” Carter said. “I feel like I have already won because of the connections I have made. I’m winning every day. I’m not in a race; I’m in a march to meet my community, and I promise I will not let you down.”