Women’s right to vote was a long journey 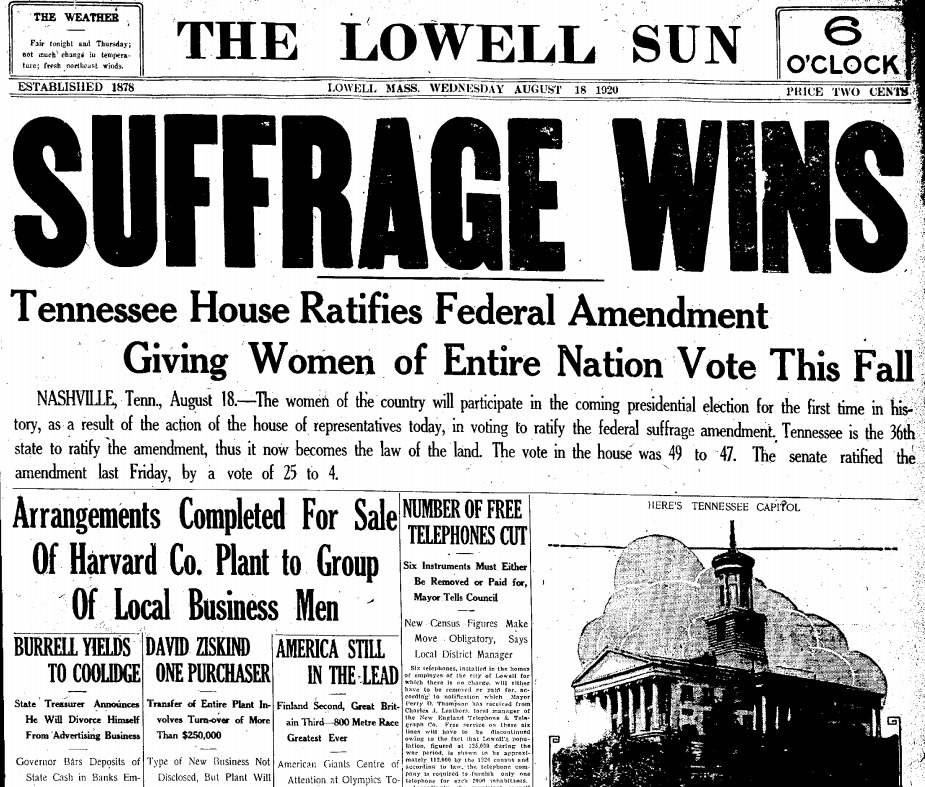 LAPLACE – What many men, and women, do not know is that the right to vote for women in this nation did not begin in 1920. Throughout colonial times, women could vote. However, in 1777, New York State began a trend that would eventually rob women of their right to vote throughout the fledgling country. Several states followed suit such as New Hampshire and Massachusetts, until the Continental Congress washed their hands of the issue and left voting rights up to individual states. In 1787, all other states except New Jersey chose to disenfranchise their women. New Jersey, the lone holdout, finally followed suit within two decades, and in 1807, American women couldn’t vote.

After President Woodrow Wilson signed the legislation on June 4, 1919, within a week, Wisconsin was the first state to ratify the 19th Amendment June 10.

Louisiana didn’t choose to ratify until a wholly symbolic 1973 vote, well after its vote was even needed for ratification. Two Louisiana neighbors, Texas and Arkansas, voted to ratify with a day of each other in June 1919. However, the third one, Mississippi initially voted “No,” until they became the final state to ratify the amendment in 1984.

However, once Tennessee voted “Yes” on August 18, 1920, the amendment process was complete, and all women were as legally entitled to vote as men were, regardless of their state.

The fight for women’s suffrage was apparently over. However, several groups of women were still unable to vote, though this disenfranchisement was less about them being women, and more due to their ethnicity, as there were laws preventing citizenship for those certain groups, as well as other laws (Jim Crow, for example) to prevent voter participation.

Four years after the 19th Amendment, Native Americans were granted citizenship through the Indian Citizenship Act, though some states fought this until the 1940s.

Chinese immigrants were allowed to become United States citizens beginning in 1943, so Chinese women were then allowed to legally vote. It took until 1952 for Japanese Americans to gain the same rights.

In the 1960s, once the United States abolished poll taxes and literacy tests (establishment attempts to inhibit voter turnout in groups such as women, minorities and the poor). The final pieces for women’s suffrage had been laid into place after a long, arduous battle.