A look back at the early 1900s: “Pa teaches Young America why women should not vote” 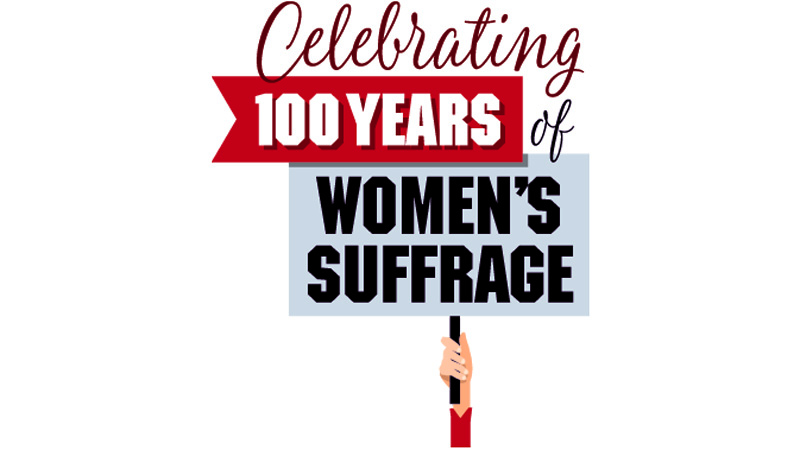 [The following appeared in L’Observateur on August 22, 1914. It was a very progressive story for its time and touches on subjects that were still issues for several years to come.

The idea of these stories was taken from “Peck’s Bad Boy.” But here the boy is good and instead of making mischief, he is studious and not only learns the truth regarding economic conditions, but also tries to teach his old party-worn father.]

“Say Pa, what are those women over in England suffering about?”

“Why my boy, I haven’t heard of any unusual suffering in England.”

“Well, Pa, I’ve been reading about women suffrage a lot in the papers, and I don’t understand it. Would you please explain it to me?”

Pa looks around cautiously to see if Ma is anyplace within hearing and not seeing her he brights up and says:

“Certainly, my child, I will be very glad to tell you about it. You see it is like this:   The women over in England, and I am very sorry to say even here in this country, some misguided members of the sex are fighting to gain the right of franchise (editor’s note: the right to vote).”

“But Pa, if is their right, why do they have to fight for it?”

“Well –er– you see, it isn’t exactly their right, it is a right that is given to men only.”

“Who gives this right to men, Pa?”

“Why, the king of England is supposed to give the right of franchise to men.”

“Could the king refuse to give the men this right, Pa?”

“Well, he might, but he’d have a hard time making it stick. You see the men have really secured the right of franchise through struggle, they have practically taken it by force and before the men would give up this sacred right they would lay their lives upon its altar.”

“Yes, my boy, it is though the exercise of this right of franchise that we have become a free people in this country, where every man has the power of a king.”

“Fine! Fine! It is a glorious country, a country where the sovereign citizens rule, where the will of the majority is the supreme law of the land!”

“See here, boy, don’t get funny! I want you to know that you Pa is in dead earnest in this matter and will not tolerate any slurs from anyone, and least of all from his own son, and–”

“Now, Pa, don’t get sore, I was only joking. I heard Banker Skinum get something like that off (said) last week down at the meeting and I thought maybe you remembered it.”

“Well, what if I did?” and Pa looks rather threateningly.

“Oh, nothing. But let’s go back to the woman’s suffrage question.”

“Say, kid, what do you want to know about this question for, anyway? You’re a man or will be some day. You will have the right of suffrage by inheritance. Why would you want to concern yourself about the women end of it?”

“Well, Pa, I may be a man some day and inherit the right of suffrage, but I hope I will not forget that my mother is a woman and I have two sisters who are women and who have not inherited this right that you say is so glorious and precious.”

Pa looks a little sheepish and taken aback at the spirited reply of Young America, but offers no further information, fearing the boy will lead him out into deep water.

Young America sits for a while with his chin between his hands in deep meditation, but noticing that ‘Pa’ is getting uneasy and preparing to make a break out of the room, he begins again.

“Say, Pa! Did you say that men had to fight to secure the right of franchise?”

“Yes, that’s what I said, and it was a glorious privilege worth fighting for.”

“Well, isn’t that what the women of England are doing, fighting for the right of suffrage?”

“Well, er, er yes, but that’s different. Women haven’t any right of suffrage, this right belongs only to the men.”

“Well, er–er, why he might have said something like that–but, er, you see, it wasn’t true, the men had the right and they took it.”

“Because through their ballots they are able to select the men they wish to govern them and to make the laws for them.”

“And do men always make a wise choice for their lawmakers?”

“Well, er, er not a-l-w-a-y-s. That is sometime the wrong party get in power, but on the whole everything comes out alright.”

“So, Pa, you think the laws are all right for everyone on the whole?”

“Just yesterday, Pa, I head you tell Ma that we were already in the hole over $20 this month, how about laws for the people ‘in the hole instead of on the whole?’”

“Say, kid, don’t try to get smart. It’s true we have a mighty hard time of it, but that’s no reason why we should denounce the grand institutions of this country or fail to recognize the its glorious privileges. The trouble is that there are not always enough votes of good men to select good men for lawmakers and that’s why it is that we frequently have bad laws.”

“Say Pa, are the women very much worse than the men?”

“Women worse than the men? What do you mean, kid? Women are, as a rule, not so bad as the men, that is, they are supposed to maintain a higher standard of morals.”

“And, Pa, aren’t the women as well educated as the men?”

“Well, yes, I suppose, they are. The fact is that there are more girls receiving a high school education now than boys and the women always have a chance to read books and inform themselves. I tell you, boy, it’s just what I said, a ‘glorious’ country brim full and running over with blessed privileges.”

“Well, Pa, if these women as a rule are as good as the good men, and as well educated, why not give them the franchise so they can add their votes to the votes of the good men and thus help to elect other good men or women, to office to make good laws and —-”

“See here, kid, this fool talk of yours has gone about far enough. You don’t seem to understand anything. If women vote they would be expected to fight as well.”

Pa looks around cautiously to see if Ma is any place within hearing before answering this last question; not see her he answers up boldly:

“Of course, women can’t fight–who ever heard of such a thing?”

“Well, how about the women in England, aren’t they fighting?”

“Why, er, er, why, well that isn’t real fighting. I mean they cannot shoulder a musket and march to the gory battlefield.”

“And isn’t it true, Pa, that women have taken part in every battle of the world, not only on the battlefield itself, but in the hospitals and camps, but haven’t they done the necessary work at home and haven’t they furnished the soldiers! and –”

“Say, stop it! I don’t propose to have a son of mine dispute my word right in my own house.”

“Oh, Pa, don’t get mad at me! I really want to know about things and you told Ma just the other day that you were awfully tired of paying rent.”