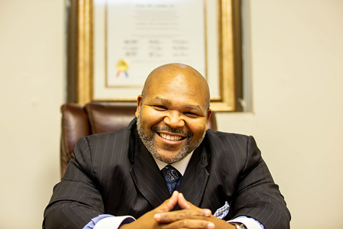 ST. JOHN THE BAPTIST PARISH – This week, LaPlace Native Attorney Eric Carter officially announces his candidacy for Division C of the St. John the Baptist Parish’s Judicial District Court. Bringing fresh, new systems and understanding to the courtroom, Eric promises to be a judge that truly cares for families, community, service and efficiency.

After years of service to his country, he is ready – more than ever before – to serve his community. As a United States Navy Veteran, United States Presidential Management Fellow, ordained minister and successful lawyer and entrepreneur, Eric is ready to use his skills, passion and commitment to serve the citizens of St. John the Baptist Parish as a fair, reasonable and just judge.

Eric grew up on Natchez Lane in Belle Pointe subdivision when his God-fearing and loving parents moved to LaPlace nearly 40 years ago.  After completing active duty in the U.S. Navy, which included Desert Shield and Desert Storm tours, Eric returned to LaPlace and went on to graduate from the University of New Orleans with a bachelor’s degree in political science. Following graduation, Eric earned a full scholarship to the University of Akron, where he earned a master’s degree in public administration. Immediately following graduation, he began working for the Department of the Interior. While working in the federal sector, Eric was awarded a full scholarship to Loyola University of New Orleans College of Law. During his tenure at Loyola, he was elected as the president of the Student Bar Association, only the second black student to serve in this capacity.

Today, Eric works as the managing attorney of the Law Firm of Eric M. Carter, Sr. with a nationwide focus on personal injury and complex litigation. Prior to starting his own lawn firm, Eric worked with a multi-state corporate law firm representing numerous cases in the Louisiana district and appellate courts as well as U.S. Federal court.

At a very early age, Eric had a strong focus on caring for the community and his current campaign is grounded in this same truth. He cares about families, our community, service and efficiency in the courtroom.

•       With a focus on families, Eric will 1.) support and implement diversion/intervention programs, 2.) use discretion to seek rehabilitation, redemption and equity for families, and 3.) treat everyone that enters his courtroom with respect and dignity.

•       With a focus on community, Eric will 1.) provide educational opportunities for youth to learn about the law, 2.) create and support a youth mentorship program and 3.) assist in building community bridges between schools, businesses, clergy, nonprofit organizations and the court.

•       With a focus on service, Eric promises to 1.) do his job, 2.) listen to the facts impartially, allow parties to be heard, and rule fairly and 3.) preside and judge without bias across the board.

•       Lastly, with a focus on efficiency, Eric plans to 1.) enact creative court scheduling, 2.) consider special accommodations like Saturday court and evening court and 3.) timely manage his docket with respect for the time of citizens, litigants, attorneys and all parties involved.

Through this plan called the Carter Cares Approach, Eric will be a fair, honest judge for the people. On Nov. 3, 2020, remember that C is for Carter and vote Eric Carter for St. John the Baptist Parish Division C Judge. 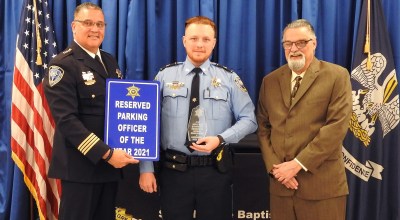