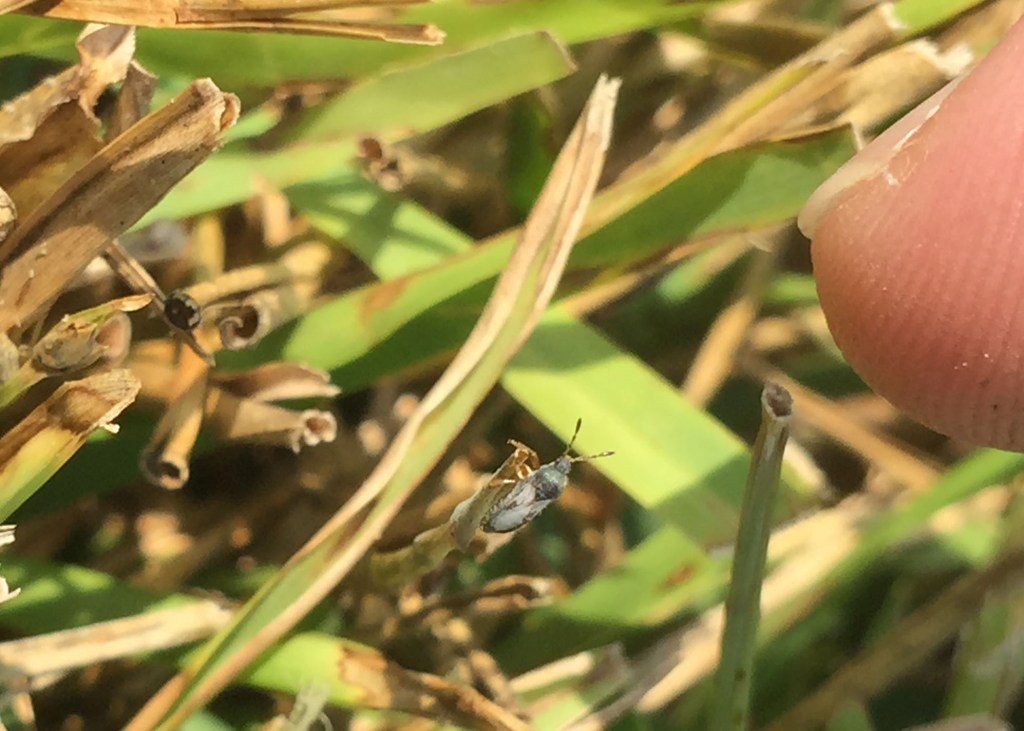 Broccoli, cauliflowerand cabbage will all be “onsides” by mid-August. But I find it’s hot, me. I mean hot, hot. This is prime time for rapid lawn grass growth and the problems that can follow.

The great majority of lawns in The River Parishes are St. Augustine-based. This is a grass that tolerates flooding and alkaline soil – two great attributes here. But it’s the favorite target of some insect and disease problems, followed by centipede grass. Other grasses are less susceptible.

Green grass that’s brown is “pas bon” but don’t go throwing chemicals at it before diagnosing the problem. It could be insects like web worms or chinch bugs. Fungal problems can show up as somewhat circular patches that enlarge to overlap. These include gray leaf spot/mold and large/brown patch.

Large patch can occur now but is most common in spring and fall, when temperatures drop to 60-75 degrees at night and days aren’t over 90. Fertilizing during this time (don’t fertilize past August) exacerbates the problem. It doesn’t typically kill the grass but it rots the bottom of the leaf, which may be easily pulled off the stem. You may even see grass trying to recover in the center of large circles. Edges of the affected circles will look yellow in St. Augustine and reddish in centipede.

Gray leaf spot is more common now. It likes heat and high humidity and spreads by rain. It starts as small brown round or diamond-shaped lesions on the blades. Then the leaves shrivel up and die, leaving large brown areas. They are not usually as circular as large patch; it’s also usually not fatal.

Chinch bug damage is most common from June through September. They feed on grass stems and stolons, which will often kill the grass. It will yellow and die in randomly spreading areas. Chinch bugs’ favorite weather is hot and dry. Grass roots may die and be easy to pull up, sometimes in patches. Leaves will often dry and roll up length-wise like tiny straws.

If you suspect chinch bugs, mix about a tablespoon of lemon-scented dish soap in a gallon of water. Pour it slowly over a border where healthy grass meets brown or yellow. In wet weather cover one square foot – in dry, four square feet. Watch the soil line for five to ten minutes for chinch bugs crawling up the blades, escaping the chemical. Adults are about the size of ants.

For any of the above problems, maintaining a healthy lawn is your best defense. Problems are more common in shady lawns, compacted areas, places high in thatch and where nitrogen has been over-applied or applied at the wrong time. De-thatch and aerate the lawn for better air movement. If watering the lawn, do so early in the morning and no more frequently than once a week. Raising the mowing height may also help turf recover.

Chemical controls for large patch and gray leaf spot include azoxystrobin, myclobutanil, propiconozale and others. Basically any fungicide that mentions those diseases on the label will work. Insecticides such as bifenthrin, permethrin and others are effective against chinch bugs. In either case, follow label directions and expect to make a second application. Along with cultural practices, the problem should halt quickly. It may take a while to regenerate, especially in large areas and severe damage.