West St. John Football: Get ready to be ready! 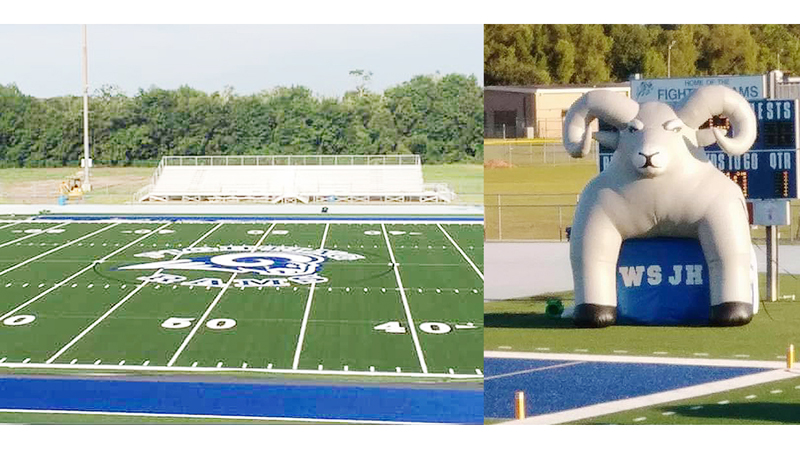 The West St. John Rams are looking forward to returning to the football stadium for the 2020 football season.

EDGARD — High school sports areseeing an unprecedented season beginning, as allschools have been hit in some way, shape or form by the COVID-19 pandemic.

Despite the many rules, regulations and guidelines set forth by the LHSAA, many athletes and coaches have had a positive outlook for the season. This is no different from the West St. John High Rams and Coach Brandon Walters.

“For us, we’ve been pretty fortunate. We’ve been able to work out all summer, abiding by the guidelines of course, and we haven’t had any problems,” Walters said. “We normally would have camp and although we haven’t been able to have ‘camp’ per say, we have been able to get some good quality work done with the kids. We have had a great group of guys that have been coming in, Monday through Thursday in the morning, so we have made some awesome progress.” 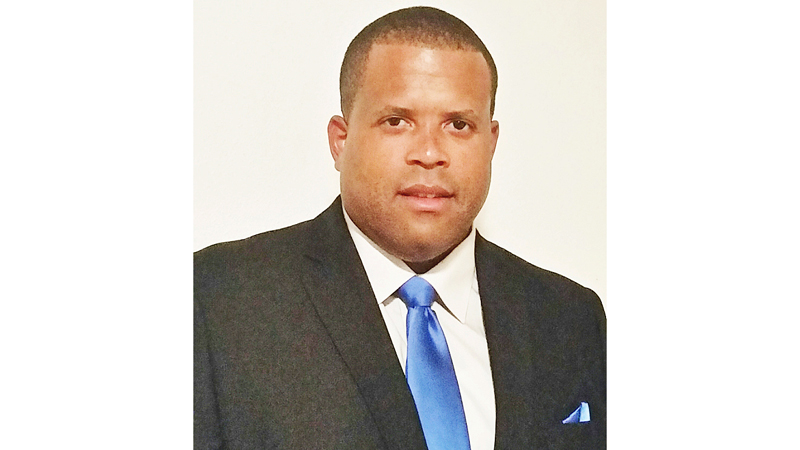 Walters and his staff have been consistent in motivating the kids for greatness, especially with all that has happened from March until now. Keeping the kids mentally positive has been somewhat difficult, especially for the incoming seniors who had to end their season so abruptly last year.

“Some of our guys play spring sports and they actually weren’t able to participate in any spring sports like they would normally do. And then for these underclassmento watch the seniors from last year lose the end of their year or get their season somewhat snatched from them, I’m sure they are apprehensive about everything and they are very concerned about what might happen,” Walters said.

“We’ve been able to get them to come out and just to put in the work and we really haven’t had any kids just not do it. They have come out and really put in the work. We are just trying to be positive and we tell the kids, you never know what’s going to happen. Things may change tomorrow and turn back the way it was before. At least we’ll be ready! Let’s just be prepared for whatever happens. If the situation doesn’t change, at least you will be preparing yourself to be a better person. I try to communicate that to them, you know. You’re not just working out for the season;this experience will make you a better man or a better person. It shows you will be able to commit to something that you don’t know what the outcome may be. Essentially, we are doing this on faith, we are getting a huge headstart to whatever may come.”

Walters said the good part is that the Rams are showing they are still accountable. The team tries to stick to its usual routine and stay focused on the goals ahead, even when there are many uncertainties.

With 39 consecutive playoff runs, the tradition of football runs deep at West St. John. Walters stated, “Even though we have been sidelined, we are still moving forward with greatness. We have some good things in place and our guys are used to the grind. Regardless of what it is, they know we’re going to pay for it and pay for it hard. Some of these guys aren’t seniors and they have more to work for and look forward to. We tell our seniors, get ready to be ready! You never know! Once they put those shoes on and strap up, they know we are full tilt. That’s the great things about our kids. Right now, there is a goal to shoot for, and we try to instill championship lifestyle and championship mentality in the kids, both girls and guys. I think the kids are doing a great job of buying into it now.”

With many young kids on the team right now, Walters said it is good to lay the foundation for the future.

“We are starting over with many people but that’s what brings out the best in you as a coach, to dig deep. It’s easy to coach those guys that can do it all when they come to the door, but it makes you a great coach when you can coach those not walking the same line as the others, or maybe not have the talent as others, or even haven’t ever played in their life and just want to learn. When you can help those young men or young ladies do the right thing, then you are coach. You are actually reaching and working towards something,” Walters said.

The Rams lost many players last year with seniors leaving. Yet that left opportunities for a younger class to step up and fill positions.

“I see an extremely young group from last year to this year. We have some veteran guys in spots that have played. We don’t have many seniors this year; we have a bigger class in that 2022 group of juniors, and then we have even more in that 2023 sophomore group. Our senior group is smaller this year,but I am expecting them tostand out and lead those younger guys. However, we have a wonderful mixture of young leaders, and that’s a great things for us. We are trying to build those guys,” Walters said.

“The mindset is to build an extraordinary team that continues to move forward. We had many seniors leave and fortunately I had the opportunity watch them grow. We have a unique situation when the younger siblings can come out and watch the older kids, so mentorship is essential to our program and it helps us.”

This team should be as strong if not stronger this year with many experienced veterans.Ferdinand Young, Troy Jasmine, Jaydon Hamilton, Jacob Ellis and Tyler Pierre, just to name a few, will be returning to lead the Rams offensively. Kailep Edwards, Jason August, Christopher Johnson and Jakobe Lewis are the four returning defensive starters that are all juniors and will be leading the line. Also, Blaine Morris, Devon Hall, Mikael Burrell andKylen Smith are also some players to look forward to watching.

The Rams are absolutely ready to be ready this season. Don’t sleep on this year’s team, as they will be a force to be reckoned with.