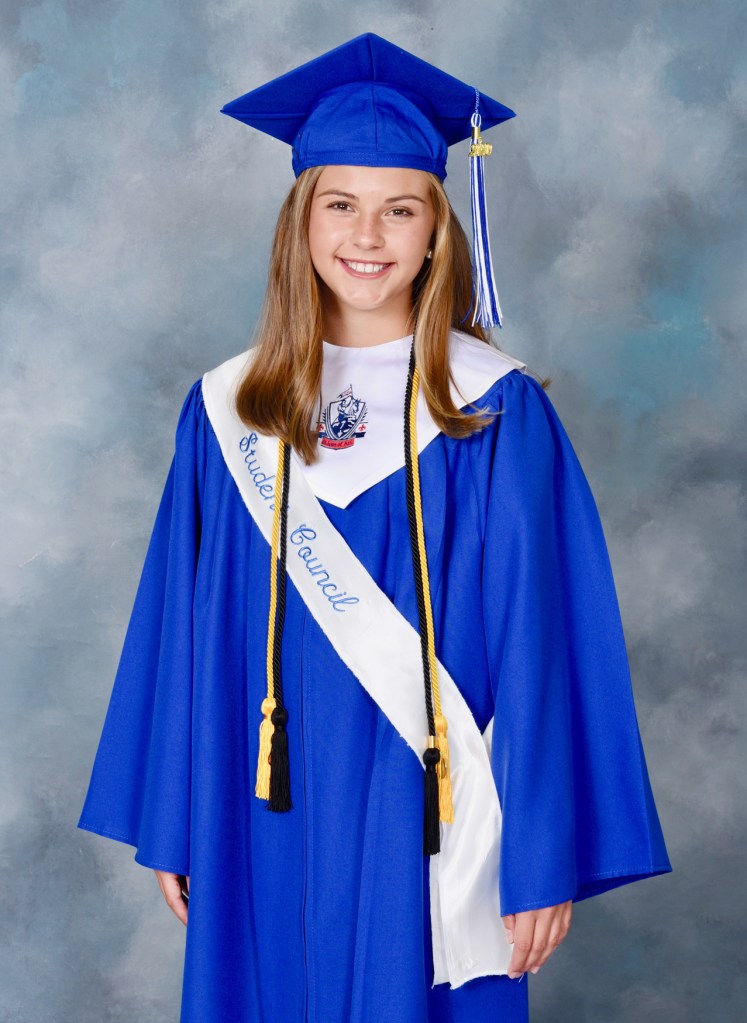 LAPLACE — Hartley Faucheux and Lauren Laiche are two of the most impactful students Ryan Flynn has encountered in nearly four years of teaching at St. Joan of Arc Catholic School.

Both girls are committed to success, not only for themselves, but also for their peers. They are dedicated to their classwork and to the wellbeing of others, and they ended the tumultuous 2019-2020 school year at the top of their graduating class. 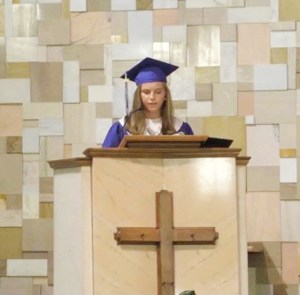 Hartley Faucheux gives a graduation speech broadcast on a live stream from the St. Joan of Arc Catholic Church in LaPlace.

“It’s not just about them. It’s about everyone coming along with them, and that was something I noticed about the Class of 2020,” Flynn said. “They were always lifting each other up and pushing each other. That forms bonds that will come back to the church and back to the school because they work together to find success.”

Hartley and Lauren were members of the volleyball team, swim team, Beta Club and the St. Joan of Arc Youth Ministry. Hartley was also a member of the Student Council, and Lauren joined the cross-country team.

“I think you have to set high goals for yourself and high standards to reach those goals,” she said. “Being at a Catholic school and being a leader, I think being valedictorian isn’t just about having good grades. It’s about being a good person for people to look up to.”

Those words were imprinted on her soul during classroom prayer time. She shared the quote in a heartfelt letter and delivered it to her neighbors to brighten their spirits during the height of the COVID-19 quarantine. 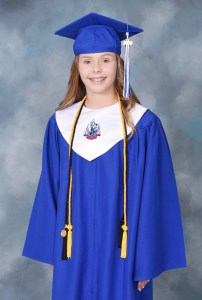 Flynn said Hartley was always improving herself somewhere on campus, helping teachers and finding a way to be a positive presence.

“As a student, she was a fun one to teach because she was very intense and had a very relentless pursuit of improving herself and improving her ability to learn. She was a cool student because she kind of mirrored back to you how you were doing as a teacher. You knew how you were doing based on how she was responding, and that was something I appreciated about having her in the classroom,” Flynn said.

Hartley will soon start her eighth grade year at St. Charles Catholic High School. She plans to be actively involved in extracurriculars for an unforgettable high school experience.

After high school, she hopes to find a career where she can support young children, whether it involves teaching, physical therapy or early intervention occupational therapy.

Hartley and Lauren both enjoyed St. Joan of Arc’s Little Buddies program. They were paired with kindergarten students during weekly Mass and other school functions. With each meeting, they strived to set a good example for the younger children.

Lauren enjoyed attending Mass each week. Another St. Joan of Arc tradition she will always treasure was walking down the school hallways one last time before saying goodbye to that chapter of her life.

The future is looking bright. Lauren has already earned a spot on the Starsteppers Dance Team at St. Charles Catholic, and she hopes to join the swim team after school starts.

Lauren was happy to finish middle school as the salutatorian of her graduating class. 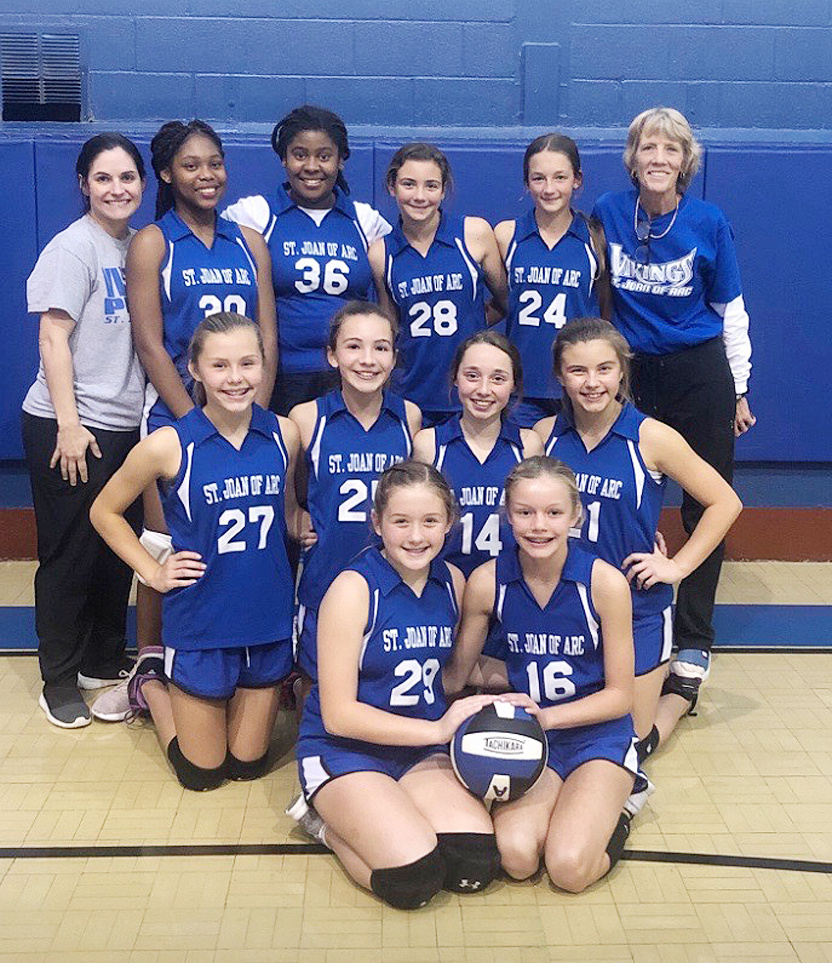 Hartley Faucheux and Lauren Laiche were members of the St. Joan of Arc volleyball team.

“It’s a great honor. It shows I put forth the effort to achieve everything that I was hoping to this past school year,” Lauren said.

She added that her time at St. Joan of Arc has helped her build a deeper relationship with Christ.

Flynn said Lauren was a model student in his English and social studies classes.

“She responds exactly how you would want someone to respond to challenges in the classroom – steady, calm, sure of herself and diligent in what she’s doing,” Flynn said. “She is very respectful and hungry for knowledge. She wants to learn, and she just has a commitment to taking on challenges. She never took the easy way out.”

Hartley and Lauren were blessed to attend an in-person graduation ceremony this summer. Despite the face coverings and social distancing protocol, Lauren said school leaders worked hard to make the experience as normal as possible for the Class of 2020.