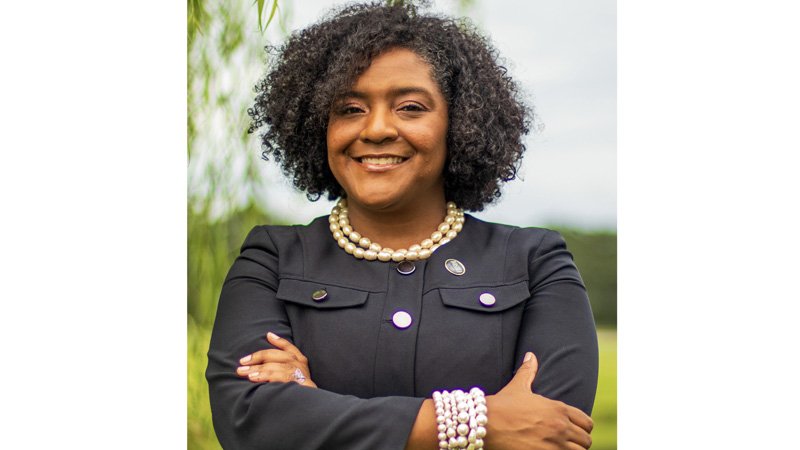 Sharrolyn is a 16 year attorney with a diverse portfolio of legal experience.  Most recently, she has had the honor of serving as the lead juvenile court prosecutor for the Honorable Bridget A. Dinvaut, district attorney for the Parish of St. John. She also served as a juvenile, misdemeanor, felony court and special victims prosecutor under the late DA Thomas F. Daley.  For the past 4 years, Sharrolyn has had the privilege of serving as the code enforcement hearing officer for the Parish of St. John. She stepped down from both positions in July to campaign full time.

Prior to working as a prosecutor, Sharrolyn began her legal career as a corporate defense attorney at the New Orleans firm, McGlinchey Stafford PLLC; she has also worked in corporate defense at Deutsch, Kerrigan and Stiles. In between that time, she served as the senior law clerk and research attorney for Judge Sandra Cabrina Jenkins at the Fourth Circuit Court of Appeal.  Sharrolyn has also represented personal injury, family court, misdemeanor and small business clients as a solo practitioner.  Sharrolyn chose her campaign motto, “The Right Experience.  The Right Choice,” because of this diverse legal background.  She believes that working from different sides has given her the unique perspective of being able to understand complex legal matters from multiple viewpoints which will aid in her ability to be neutral and fair as an appellate court  judge.  She is certain that as a result of her experience, if elected in November, she will be able to transition effortlessly into the role.

In addition to being uniquely qualified because of her diverse legal experiences, Sharrolyn says that her unique life experiences also make her the best candidate for appellate court judge.  For example, as a high school student, Sharrolyn had the opportunity to participate as a foreign exchange student following the highly publicized shooting death of Japanese exchange student, Yoshi Hattori, through a program named in his honor.  The program was designed to help create an intercultural understanding of peace and to help restore relations between the US and Japan, which had been strained as a result of the shooting.  Shortly thereafter, Sharrolyn attended Tulane University’s School of Architecture where she served on the board of Tulane University Campus Programming, as well as the Tulane Student Representative for the annual MLK Week of Peace program – a collaborative effort between area colleges.  Always an avid writer, while a freshman, she received the prestigious Purvis E. Boyette Writing Award.  Her thesis project for Architecture sought ways to improve life for disadvantaged youth.  Sharrolyn thereafter attended Southern University Law Center where she graduated magna cum laude.  There she served as a student attorney defending children in juvenile court, as the non-traditional student representative for the American Bar Association advocating for students with families, and as the Executive Editor of Law Review where she published an article examining the juvenile justice system in Louisiana.

Since graduating law school, Sharrolyn has continued to remain actively involved in the legal community and local community.  Most notably, she is a past president of the Greater New Orleans Chapter of the Louis A. Martinet Legal Society, as well as a past board member of the Association of Women Attorneys.  She currently serves as a member of the Louisiana State Bar Ethics Advisory Service Committee.

The accomplishment Sharrolyn says that she is most proud of, however, is being able to balance homeschooling her children while maintaining a demanding legal career for the past three years.  As a mom of five children and two step-children, as well as a grandparent, Sharrolyn has always enjoyed working with and for children.  Throughout her legal career, she has strived to maintain a healthy work-life balance because she understands the importance of being present while setting an example of excellence for young people.

Ultimately, Sharrolyn says that she decided to seek the position of appellate court judge because she would like to bring a fresh perspective to the court.  She believes firmly that her diverse legal and life experiences, coupled with her passion for the law and serving the community, make her the ideal candidate for the job.

The Fifth Circuit Court of Appeal is housed in Gretna and encompasses St. John, St. James, St. Charles and Jefferson parishes.  Voters in St. James and on the eastbank of St. John will be able to cast their votes for Sharrolyn on November 3, 2020.  She is #60 on the ballot.

For more information about Sharrolyn Jackson Miles and her campaign, you can visit www.smiles4judge.com.