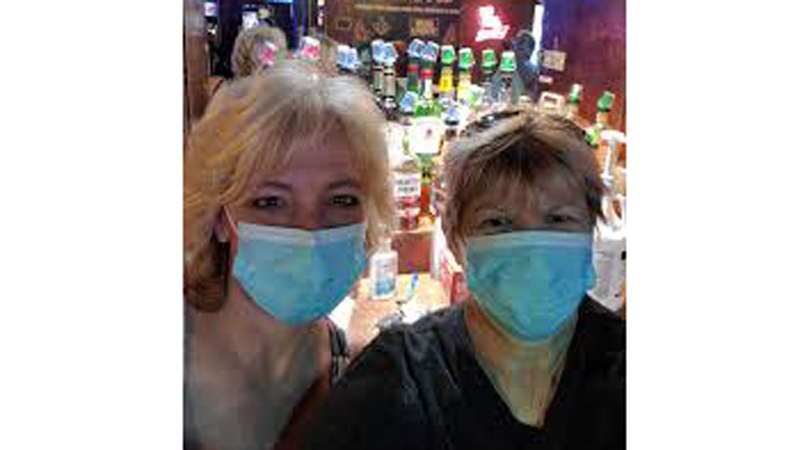 Masks and social distancing protocols were in place when Emma Roccaforte’s Airline Pub in LaPlace re-opened during the COVID-19 pandemic. Bars statewide closed their doors again on July 11.

LAPLACE — Months of lost wages, gathering restrictions and statewide shutdowns related to the COVID-19 pandemic have taken a toll on bar owners across Louisiana.

Emma Roccaforte, owner of Airline Pub in LaPlace and two bars in St. James Parish, painted a dismal picture of what the future for local bars looks like if doors don’t open soon.

“I think the industry itself is being picked on,” she said. “People like myself who make a living this way can go bankrupt. If (Governor John Bel Edwards) keeps us closed two more months, I think most of us aren’t even going to make it back.”

While restaurants, casinos and other small businesses have re-opened to limited capacity crowds, bars remain limited to curbside pick-up under the amended Phase Two Reopening guidelines.

Governor John Bel Edwards announced Tuesday that he was extending Louisiana’s current Phase Two order until Aug. 28 as the number of COVID-19 infections continue to rise. The extension also continues the mask mandate for ages 8 and older, unless the individual meets an exemption exception as outlined at gov.louisiana.gov. Indoor gatherings remain limited to 50 people.

On Thursday, Judge Janice Clark of the 19th Judicial District upheld the constitutionality of Edwards’ mask mandate, bar restrictions and limits on gatherings.

Edwards has stated that bars contributed to increased community spread of COVID-19 due to patrons in these businesses being more likely to be in close proximity without masks.

“I am pleased that Judge Clark upheld the critical mitigation measures I put in place to slow the spread of COVID-19 in Louisiana and to protect and save lives. The evidence is clear that mask mandates and bar closures work,” Edwards said.“Not only have they been proven effective in other states and countries, but 24 days into our own bar closure to on-site consumption and mask mandate our data is showing early signs of improvements in terms of decreasing reports of COVID-like illness, new cases and hospitalizations.”

Edwards added that the strong mitigation measures were based on the recommendations of public health experts and the White House Coronavirus Task Force.

Roccaforte disagrees that bars were a primary source of community spread. She feels that the industry has been singled out without sufficient evidence.

“COVID-19 is a very serious virus that’s out there. I don’t take any of that lightly, but it has been very devastating,” Roccaforte said.

Knowing her employees can collect unemployment during the closure has given her some peace, but it has still been difficult to pay rent and bills without income.

“I kind of accepted the first phase because everyone else was pretty much closed,” Roccaforte said. “When we opened back up, I was a little worried it was going to be slow, but people were coming around. We had masks and sanitizer. It looked like we were going to come back strong.”

Airline Motors could only have up to 25 customers during the reopening. Main Street in Gramercy could have 15 and Bulldog’s Corner in Paulina could have 44 but never reached that number. No customers or employees contracted COVID-19 while Roccaforte’sbars were open through early July. Nevertheless, increased bar restrictions caused doors to close again on July 11.

“Every other business can remain open, daiquiri shops and everything else, and you pick on one industry. You’re going to say COVID is coming from the barrooms? That’s a crock. I’ve got 12 to 20 people in my bar. Walmart has hundreds of people, but those 20 people are going to do it?” Roccaforte said.

She hopes the parish or local law enforcement will advocate for reopening on behalf of the bar owners.

“People make a living this way, and we’re not going to survive unless somebody helps us,” she said.

Some businesses, including Rusty’s Pool Tavern in LaPlace, have had to shut their doors permanently.

Other owners, including Erica White of Old Skool Bar in LaPlace, hope to see patrons support the business when it is finally time to reopen.

While the past months have been difficult, White said she understands the reasons for the restrictions.

“It has been a stressful issue, but I’m leaving it in God’s hands. That’s all I can do,” White said. “I don’t want to risk the safety of others to make money. I would rather stay closed to avoid anyone getting ill or losing a life. It is affecting the revenues, but it’s still not worth a life.”

For more information on the current restrictions, please visit gov.louisiana.gov. 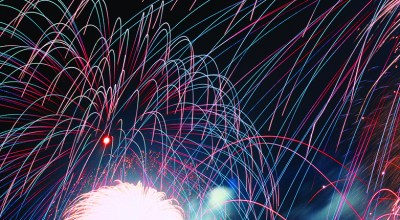 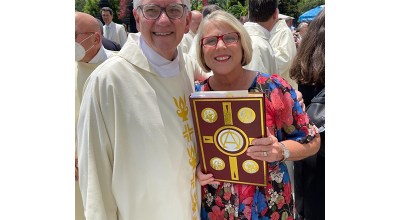 Queens of Empowering the Youth leads through mentorship