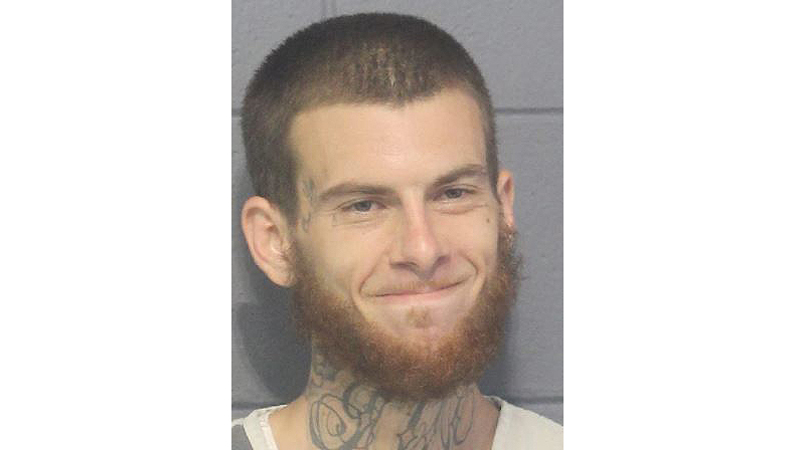 LAPLACE — Ryan Joseph Modica, 27, of LaPlace, was arrested Aug. 2 after being caught on a surveillance camera burglarizing a vehicle. Modica was arrested less than an hour after the incident occurred.

At about 3:15 p.m. on Aug. 2, officers responded to the 100 block of Paula Drive in LaPlace in reference to a burglary of a motor vehicle. Upon arrival, officers made contact with the victim who reported receiving an alert from her home surveillance system. Upon checking the camera, a man, slender build, wearing a white shirt, black hooded jacket, blue jeans and a face mask was captured walking onto her property then burglarizing a vehicle parked in her driveway. Within 45 minutes of the initial call from the homeowner, officers located a man fitting the description of the suspect in the neighborhood. The subject, however, was not wearing the hooded jacket or a face mask.

Upon review of the SJSO surveillance cameras in the neighborhood, this subject was observed dropping the hooded jacket and face mask near a business in the area. Soon after, deputies made contact with the subject, identified as Modica, at a nearby residence. After confirming Modica was the subject wearing the same hooded jacket and mask in the video, he was taken into custody.

Modica was charged with simple burglary – motor vehicle. He is being held in custody in lieu of a $10,000 bond. Modica has been arrested 11 times in St. John Parish since 2012.

“This incident is a good example of why we encourage citizens to invest in a home security system,” Sheriff Mike Tregre said. “Home surveillance combined with the SJSO’s crime cameras provided vital footage that led to a quick arrest in this investigation.”

“Criminals look for easy targets and often attempt to burglarize unsecured vehicles,” Tregre said. “By locking your vehicle and removing valuables, residents have a much better chance of not being a victim of vehicle burglary and theft.”