What happened to Audrey Moate? (PART 1) 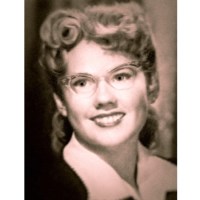 The following is the first in a five-part series of a true crime story that happened in St. John the Baptist Parish in 1956. It is about the murder of Thomas Hotard and the disappearance of Audrey Moate. Moate left behind a trail of footprints and a decades-long cold case that brought St. John Parish national attention when it aired in a 1989 episode of Unsolved Mysteries.

L’Observateur will run part of the series every Wednesday.

An interview with its author, HL Arledge, can be found on lobservateur.com and in the August 1 e-edition.

Halfway between Hammond and New Orleans, turning onto Frenier Road leads travelers to the western shore of Lake Pontchartrain, a 30-mile lake, surrounded at the road’s end by snake-infested swampland, a wilderness frequented by deer, alligator, black bear, and an occasional murderer.

In 1956, Frenier Road ended at a rough beach, where trees draped in gray Spanish moss framed a small clearing. Nearby, fishermen pulled black bass from the lake, while others made their livings trapping alligator or large muskrat-like animals called Nutria, or by picking and selling the moss from the trees.

In the clearing, at 8 a.m., on a chilly Saturday morning, November 25, 1956, Trapper Henry “Jack” Monaret discovered a 1953 model Nash Rambler, parked parallel to the lake, 12 feet from the water’s edge.

As the trapper and his teenaged son, David Monaret, stomped through the clearing onto the road, their boots crunched gravel as they walked, causing the couple inside the blue sedan to raise their bodies and stare. The Monarets grinned. As embarrassed as the lovers, they detoured around the car and disappeared deep into the swamp.

Returning home that afternoon, the Monarets saw the blue sedan again. This time, the trappers walked some distance away. The car had remained parked in the same location, but now someone had opened the front passenger-side door.

The next morning at 10:30 a.m., Jack and David Monaret passed through the clearing again—this time hunting rabbits— and were surprised to find the sedan still parked in the same location, this time without any movement inside.

Concerned, the hunters walked close enough to see what appeared to be a bullet hole in the right rear window.

Through the opposite window, Jack Monaret peered inside. The couple had folded the front seat backward, level with the rear seat forming a bed. On the bed, atop a pillow and sleeping bag, lay the blood-soaked body of a man. His head faced down on the driver’s side of the car.

But the hunters found no one else in the car.

After hiking back to his car, Jack Monaret drove to the home of St. John the Baptist Parish Sheriff Percy D. Hebert.

“I’ve found a dead man in a car on Frenier Road,” Monaret told him. “I saw the car parked there earlier. A man and woman were in it, but now the girl is gone.”

Within a half-hour that morning, the clearing at the end of Frenier Road filled with public vehicles, including those of Sheriff Hebert, deputies Dominick Milioto, Harry Troxlair, Homer Deslotte, Albert Vicknair, and Alex Oncle, and the parish coroner, Dr. Remy Gross.

An hour later, the sheriff called for assistance from Louisiana State Police Troop B, and by evening the Louisiana National Guard and Wildlife & Fisheries officers arrived to help volunteers search the swamp for the missing woman.

The investigators found the right front door of the sedan open, and both door windows closed.

In the center of the window in the right-side rear door, six inches from the top of the glass, a small hole radiated outward with fragments protruding from the glass.

The man lying on the makeshift bed wore a light sport shirt and dark trousers. A clotted wound matted hair on one side of his head, apparently after drenching the man’s clothing and bedding.

Dr. Gross believed someone had pressed the barrel of a small-caliber shotgun against the glass and fired. He found wading from the shell embedded in the base of the victim’s skull and estimated the victim had been dead between seven and 30 hours.

On the ground between the automobile and the lake, Deputy Milioto collected a woman’s comb, a handkerchief, a vanity case, and other odds and ends typically found in a woman’s purse. However, investigators could not locate the handbag.

In the car, beneath the victim, Deputy Vicknair identified a hunter’s sleeping bag and a pair of men’s rimless glasses with one lens broken. A partial loaf of bread, potato chips and two empty cans of Vienna sausage littered the shelf behind the backseat.

The car’s keys still hung from the ignition.

From the victim’s trouser pocket, Dr. Gross recovered the victim’s billfold. Inside the wallet, he found four one-dollar bills, a gasoline credit card issued to Celotex Corporation, a pass for the Celotex facility in Marrero, and a Louisiana driver’s license.

Tracing these, Sheriff Hebert identified the victim as Thomas Hotard, 46, of McDonough Street, Gretna, Louisiana. According to the license, he weighed 145 pounds, stood 5 feet 9 inches, had brown hair and eyes, and wore glasses.

Dr. Gross ordered that the body be transported to the morgue in the parish jail building at Laplace for an autopsy.

With the body removed, deputies continued their search. On the passenger side, in the front floorboard of the car, they found several articles of a woman’s clothing, including a green skirt and blouse, gloves, a white slipover sweater, stockings and an undergarment, and a pair of tan high-heeled open-toed shoes, size four and a half, and a pair of women’s shell-rimmed spectacles.

The clothing provided investigators with a mystery. If the woman, presumed to be Mrs. Audrey Hotard, had escaped from the murder scene, she did so, wearing no more than a bra and maybe a slip.

Sheriff Hebert speculated that the assailant, whom he suspected of being “a swamp-dwelling sex-maniac,” had dragged the woman into the swamp after killing her husband.

Searching the gravel road and the ground near the car police found two fresh footprints 50 yards out in the dust near the gravel road, possibly from a woman’s bare feet, pointed toward the highway. After comparing the prints with one of the shoes from the car, deputies found both to be the same size.

Measuring the distance between the two footprints, deputies recorded them as 37 inches apart, suggesting the woman had been running. Perhaps, Sheriff Hebert believed, she had fled the killer and fought to escape.

Finding no blood droplets near the footprints, the sheriff surmised that Audrey Moate could not have been in the car when someone shot Hotard, as pellets from the scatter-gun would have hit the woman.

Nearly a mile from the barefoot prints, sheriff’s deputies found the mark of a heavy work boot and what appeared to be a tire track from a motorcycle.

Investigators made plaster casts of all prints and tire tracks. However, the sheriff told reporters, on the trail between the footprints and boot tracks, a path littered with shotgun shells of varying sizes, investigators found no bloodstains and no signs of a struggle.

In the woods, investigators found remnants of a bright red shirt in a briar patch, and not far from the tire track, they discovered a muddy postcard addressed to Audrey Hotard at a Baton Rouge address.

Later in the day, a retired tug boat captain, who said he lived in the woods nearby, approached Deputy Milioto, holding a key ring. “I passed through here earlier,” the man said, “Before all the cars came, and I found these on the road.”

There were three keys on the ring, apparently for the ignition, door and trunk of an automobile, but not a Nash Rambler.

The deputy brought them to the sheriff, who suggested a hunter might have dropped them. As a precaution, Sheriff Hebert ordered Milioto to patrol the area and nearby towns, in case the keys matched an abandoned car somewhere.

Returning to his office in Edgard, the sheriff phoned the Celotex plant and requested that someone who could identify the body meet him at the morgue.

On the phone, the plant superintendent described Hotard as a highly-paid safety engineer, a father of two, and a Scoutmaster with the New Orleans Area Council of Boy Scouts.

Next, the sheriff called the Gretna Police Department requesting that someone visit the Hotard residence and alert anyone in the home of the travesty.

Deputy Milioto radioed to report that the discovered keys fit a dark-colored 1949 Oldsmobile sedan left between an Airline Highway service station and a café in Laplace, Stein’s Restaurant, located across the street from Airline Motors.

Inside the car, the deputy reported finding several notebooks referencing the name, “Audrey Moate Hotard.” He also found a woman’s gray coat and a second pair of shell-rimmed spectacles.

In a leather binder, the deputy found two small white cards, a gasoline credit card, and an employee’s badge issued by the Kaiser Aluminum and Chemical plant in Gramercy. The identification badge had an employee number on it, but no name.

Before leaving for the morgue, Sheriff Hebert phoned Kaiser, describing the badge found outside the car and providing the number. There, a plant manager confirmed his company issued the card to Mrs. Audrey Moate Hotard, 31, an assistant purchasing agent for the company.

However, her name was not Audrey. It was Beulah.

Next week, the story only gets stranger.