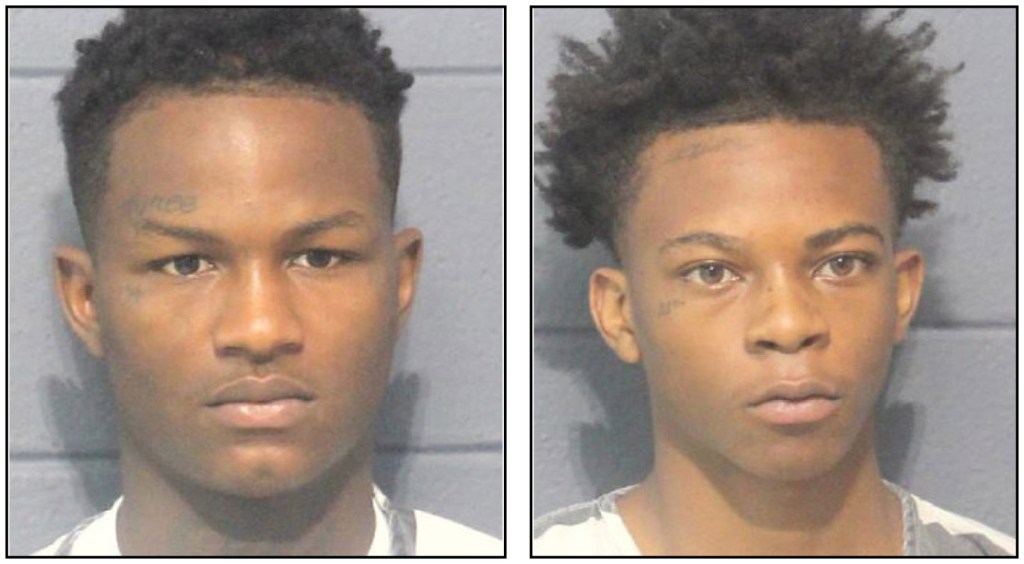 LAPLACE — The St. John the Baptist Parish Sheriff’s Office announced that Brandon Fleming, 16, and Ramon Patterson Jr., 15, are suspects in a shooting that occurred July 11 in the Sugar Ridge subdivision. The juveniles were arrested July 28 in Baton Rouge in connection to burglaries in the area and have since been transferred to St. John Parish for booking.

The St. John Sheriff’s Office stated that it is identifying these juveniles based on charges, which are felony-grade delinquent acts involving a dangerous weapon.

Authorities in Baton Rouge learned the juveniles had outstanding warrants in St. John Parish. After being released from Baton Rouge, Fleming and Patterson Jr. were taken into custody by the St. John Sheriff’s Office Support Patrol Enforcement And Response (SPEAR) team to be booked in St. John.

Fleming and Patterson were each charged with illegal use of weapons or dangerous instrumentalities (felony) and illegal possession of a handgun by a juvenile.

Officers developed Fleming and Patterson as suspects in a shooting that occurred at about 10:30 p.m. on July 11. Deputies responded to the 1300 block of North Sugar Ridge subdivision in LaPlace in reference to gunshots heard in the area.

Upon arrival, deputies learned that three males on foot fired several shots at a large crowd of people standing outside a residence then fled the scene towards Cinclair Loop. No one was injured. However, four vehicles were struck by gunfire.

Sheriff Mike Tregre said it was a serious situation that could have turned out much worse.

Based on investigation, officers obtained judicial warrants for Fleming and Patterson’s arrest.

This investigation is ongoing, according to Tregre.

Anyone with information about the third possible suspect is asked to call the St. John the Baptist Parish Sheriff’s Office TIPS line at 985-359-TIPS or the SPEAR team at 985-359-8799. Citizens can also submit tips on the Sheriff’s Office website at https://stjohnsheriff.org/crime-arrests/crime-tips/ .