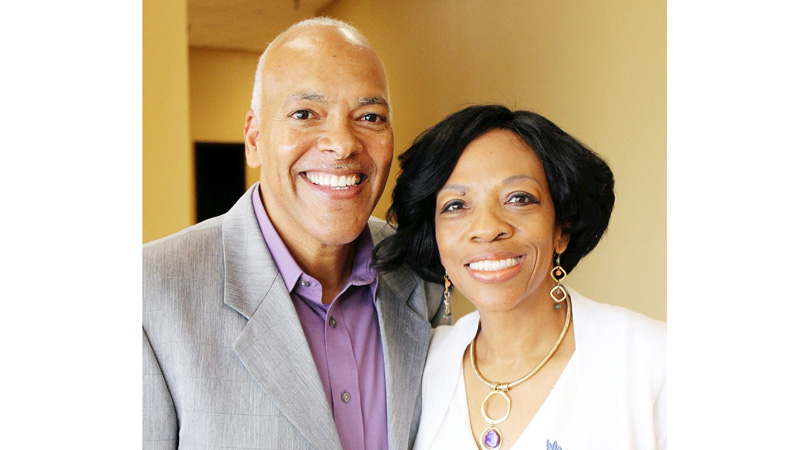 Neil and Angela Bernard began New Wine Christian Fellowship from their living room in July 1995. For the past 25 years, they have positively impacted the community through innovative ministries.

LAPLACE — Pastor Neil Bernard and his wife, Angela, started New Wine Christian Fellowship with about a dozen people in their living room on the last Sunday of July 1995.

Bernard was working as a computer specialist at Shell Oil Company in the early 1990s when he witnessed the crack epidemic grab hold of the community. He saw young, fatherless boys make wrong choices because they were angry, hurt and confused, and he felt a desire in his heart to help.

His career and volunteer work was fulfilling, but God had greater plans for his family. May 10, 1994 was the day Bernard received a clear and personal message from the Lord directing him to start a church in LaPlace and reach the people that no one else was reaching.

The philosophy “Find a need and fill it, find a hurt and heal it” has guided the church for more than two decades.

“We believe that Jesus came to heal hurting people. He came to deliver those who were oppressed. He came to bring relief and encouragement to the poor,” Bernard said. “That’s been the focus and the center of our ministry for the past 25 years.”

The Bernards will be recognized for 25 years of service during a live stream on Sunday. They look forward to celebrating with the community when large numbers of people are allowed to gather.

Since 1995, New Wine Christian Fellowship has given rise to numerous innovative ministries.

One ministry worked with individuals who were incarcerated. Bernard used his background in technology to teach computer literacy to inmates and prepare them to successfully reintegrate into society.

When the government instituted a program called “Welfare to Work,” local welfare director Dean Torres enlisted New Wine’s help with teaching critical work skills to 535 women on welfare. The local program was among the most successful in Louisiana, Bernard said. After six years, the number of women living on welfare in St. John the Baptist had decreased to 25.

Recognizing that local students were ill prepared to perform well on standardized testing, Bernard and New Wine Christian Fellowship offered LEAP tutoring for fourth and eighth graders for several years. According to Bernard, teachers reported test scores increased as a result of the tutoring.

Reaching fatherless children from fractured homes remained heavy on Bernard’s heart. New Wine Christian Fellowship introduced the Kids on the Move Summer Camp to give children eight weeks of wholesome recreation and character building. As the program has grown to include roughly 400 children per summer, it has also incorporated STEM education.

“That program became one of our greatest outreaches and one that our parish and community appreciate the most,” Bernard said.

One of the former participants of the Kids on the Move Summer Camp is a young man who had a rough start in life. His father was a drug dealer who was murdered. Instead of following the same path, the young man became an all-star athlete and a successful scholar. He is currently obtaining his bachelor’s degree and preparing to pursue a career as a doctor.

Another success story Bernard will always remember was a man who was part of New Wine’s Project Destiny, a drug rehabilitation program conducted in partnership with the St. John Parish court system. The man had been addicted to crack for years when he drew the line and decided to reach out for help. Now he has a master’s degree, and he’s helping other young men free their lives from drugs.

Outreach has continued throughout the COVID-19 pandemic. While the church buildings have been closed, the church has remained open on social media platforms. According to Bernard, every challenge comes with an opportunity for growth.

“Our weekly broadcast (on Facebook) ministers to five and six times the number of people we would have normally been ministering to,” Bernard said.

New Wine Christian Fellowship has also partnered with CRC Global Solutions and Second Harvest Food Bank to provide fresh groceries for up to 600 families per week throughout the pandemic.

“We thought they were deserving to be recognized because of all the events they sponsor to support our community,” said Kim Bourgeois, business development director at Louisiana Federal Credit Union. “During the pandemic, they were the host for the drive-thru graduation for the seniors in St. John the Baptist Parish. That was a huge event, and they were instrumental in offering their site and making sure each senior was really celebrated.”

One of the greatest lessons Bernard has taken from pastoring is that every person is created in God’s image and is worthy of respect, love and honor. 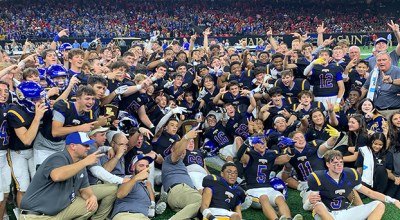