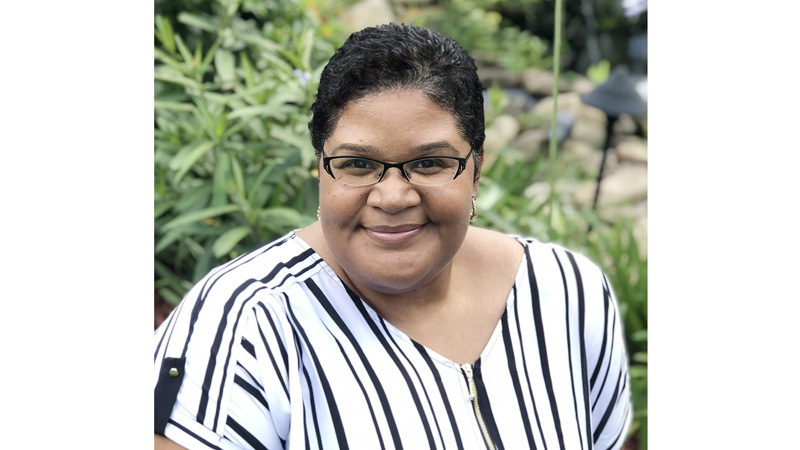 EDGARD — Edgard native Farrah Rochon’s writing career began in between classes at Xavier University in the early 2000s. Since then, she’s become a prolific romance writer with 37 published novels, and her newest work has reached new heights of commercial success.
“The Boyfriend Project,” released June 9, 2020, has received praise from Entertainment Weekly, Oprah and Cosmopolitan Magazine. It follows the story of Samiah Brooks, an up and coming computer engineer who finds out through a live tweet that her boyfriend is a three-timing cheater.
Samiah and the other two girlfriends go viral when they are caught on camera confronting him at a restaurant. The women become fast friends and make a pact to spend the next six months investing in themselves, something that becomes complicated when Samiah feels the spark of a developing romance at work.
The digital-age tale of friendship and romance has already found a spot on summer must-read list across numerous publications.
“It’s the overnight success that took 12 years or so,” Rochon said.
From the time she was in elementary school, Rochon knew writing was in her blood. She wrote even as she attended college and grad school to study psychology. By the time she sold her first book in 2007, she had already written five or six novels.
Her first romance books were centered on big New Orleans families. She went on to write a popular sports romance series and a couple of small town romances inspired in part by her upbringing on the West Bank of St. John the Baptist Parish.
“I have the books that were set in a fictional Louisiana town, very much influenced by growing up here,” Rochon said. “I’m originally from Edgard, even though I live in St. James Parish now. How close-knit the community is and the support that you get definitely shows up in my earlier books. That’s what I was used to, having grown up in that environment.”
Rochon was inspired to write “The Boyfriend Project” after seeing accounts of disastrous dates broadcast live to the world on social media. In addition to delivering humor and light-hearted romance, the book also touches on serious topics including the challenges African American women face in male-dominated STEM fields. 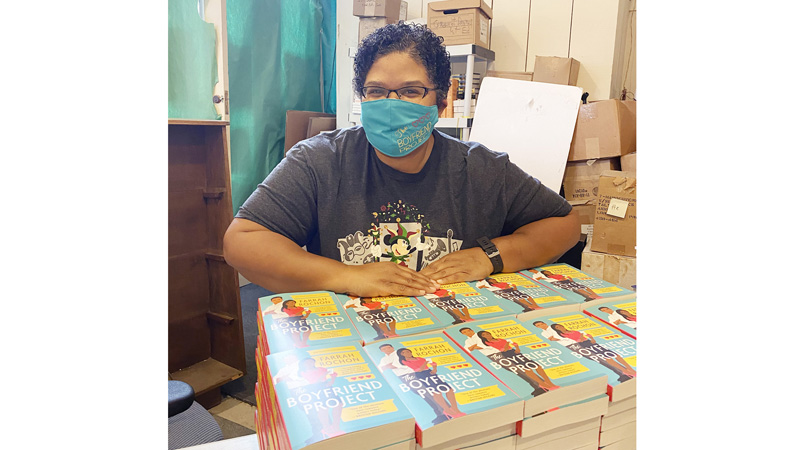 Farrah Rochon sits in front of paperback copies of her newest book, “The Boyfriend Project.” She has published nearly 40 books since 2007.

A review from Entertainment Weekly states, “Rochon’s warmth and easy humor sing off the pages, but the book also has plenty to say: about female friendships, about showing up for each other, about trust, and about racism.”
The review describes Rochon’s writing as “incisively funny” and “gifted at winging between laugh-out-loud scenarios, crackling banter and pointed social commentary.”
“The Boyfriend Project” was a bit of a departure from Rochon’s normal writing. At 356 pages, it is the longest book she’s penned in about 10 years. The first draft took her seven or eight months to write, while the editing and publication process spanned about two years.
After three years of self-publishing, “The Boyfriend Project” marked Rochon’s return to using a New York publisher.
Another change was the content of the story itself.
“This one was the first time that I have kind of pivoted to somewhat of another subgenre. It’s more women’s fiction and romance. ‘The Boyfriend Project’ is heavily based on the friendship between the three women in the book who meet at the very beginning,” Rochon said.
“It’s also my first book in a trade-sized paperback. My books before came out in mass-market size, smaller books. It was an elevation in several ways.”
Rochon counts herself lucky to be a full-time author.
“A lot of people have to keep day jobs, and Lord knows I did it for a while,” Rochon said. “’The Boyfriend Project’ was by far my most commercial success in terms of the buzz it has gotten and the amount of lists it has made. It’s what I’ve worked for all these years.”
For more information, visit farrahrochon.com or find Farrah Rochon on Facebook or Instagram. “The Boyfriend Project” is the first book in what will become a three-part series. It is available in paperback and electronic formats on Amazon.