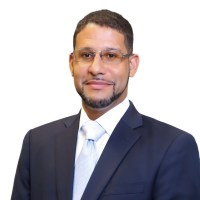 Fiffie is a dedicated local attorney who fights for everyone inside and outside of the courtroom. He is a long-standing member of the legal profession in Saint John the Baptist Parish. In his over 14 year legal career, he has remained a licensed, practicing attorney dedicating much of his practice to family law and domestic disputes, personal injury, corporate litigation, international trade law, land disputes, successions, and criminal law. He also serves as a hearing officer for Saint John the Baptist Parish rendering decisions in cases involving the Housing Authority. Fiffie has extensive trial experience as a local attorney and former assistant district attorney.

During his tenure at assistant district attorney, Fiffie prosecuted misdemeanor and felony cases, and fostered the policy for prosecuting fraudulent contractors after Hurricane Isaac. As a parish attorney, he represented Saint John the Baptist Parish in civil litigation and served as the legal advisor to the parish president, council, and its departments.

“The people of the 40th JDC deserve a judge who has extensive legal experience as an attorney in the courtroom and the general practice of law. My legal experience has given me the practical knowledge of laws and court procedures needed to serve as a fair and understanding district court judge,” said Fiffie.

Fiffie spent the first three years of his legal career as a corporate attorney in Tokyo, Japan. While in Japan, he served as an adjunct professor at Temple University Japan teaching international law, business law, and legal writing. In 2010, he took the skills he learned abroad to open his private law practice, The Fiffie Law Firm, in Saint John the Baptist Parish, where he remains today.

“Living and practicing law here, I know the needs of our parish. I was not only raised here, but I have been working here for the past 10 years. In these years, I have been advocating for those who may not have equal access to justice in the courtroom. I have seen how vital drug courts and other specialty courts have been in this state, and I want to continue to strengthen those initiatives in our parish,” said Fiffie.

Fiffie has been consistently living and practicing law in the 40th Judicial District Court and throughout the country for the past decade and has been dedicated to the community in Saint John the Baptist Parish.

“Serving as a judge means more to me than just making decisions in the courtroom. The role carries with it the responsibility of making positive impacts every day in this community,” said Fiffie.

In the community, Fiffie is known for listening to both sides of an issue before rendering judgment and for his services to residents in Saint John the Baptist Parish who struggle to afford legal assistance. His goal is to ensure that all interests are given a fair hearing in the courtroom.

“As a district court judge, my objectives are to make sure that everyone who appears in the courtroom has a fair opportunity to be heard and that the rulings are fair and impartial. The residents of Saint John the Baptist Parish are entitled to the court’s full consideration and respect,” said Fiffie.

Fiffie is a graduate of West Saint John High School Class of 1997. He earned his juris doctorate from Southern University Law Center, his LLM at Temple University Beasley School of Law Japan, and his undergraduate degree from Marymount University in Arlington, Virginia. He holds active law licenses in Louisiana and the District of Columbia. He is admitted to practice in all Louisiana courts, many federal courts, and the United States Supreme Court.

“I have dedicated the past decade of my legal career to our justice system right here in Saint John the Baptist Parish. My legal experience and work in this community make me uniquely qualified and ready to serve you on the bench. As your District Court Judge, I will uphold the position with integrity, honesty, and fairness while continuing to treat everyone in and out of the courtroom with dignity and respect.” Fiffie concludes.

Fiffie encourages everyone to learn about the qualifications of their judicial candidates. Fiffie asks for your vote and support on November 3rd.

The election date for District Court Judge, Division A is on November 3rd, with early voting from October 20th – 27th.