Teenager asks for charity donations in lieu of birthday gifts 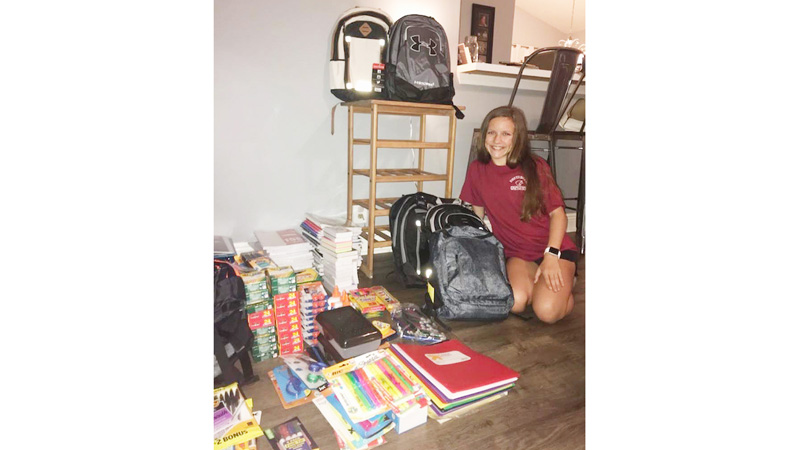 LAPLACE — Kailie Carrigee was only 9 years old when she started asking for charitable donations in lieu of birthday presents each year.

Over the years, she has organized charity birthday parties to support hospitals, orphanages, food pantries, local students and families of wounded warriors.

“I came to the realization that I’m so blessed to live the life that I live, and I wanted to help others who are in need. That was my goal since day one,” Kailie said. “This year, I wanted to do something in touch with the pandemic with everything that’s going on. I know that New Orleans has been hit really hard, and food security has not been easy for a lot of families. I wanted to help out that area and do what I can to help others because that’s what I’ve been doing since I was 9 years old.”

Kailie’s Second Harvest food drive has already seen an overwhelming response. However, she is still in need of fruits, vegetables, rice, beans, peanut butter, canned tuna and other canned goods to meet her goal of donating 1,000 items.

Donations can be dropped off at her house from 2 to 6 p.m. Saturday, Aug. 1. Please contact Kailie Carrigee on Facebook to receive the address. The community can also support the food drive through monetary donations, which can be directed to the following link: http://support.no-hunger.org/site/TR/FoodampFundDrives/TeamRaiser?team_id=1540&pg=team&fr_id=1100. 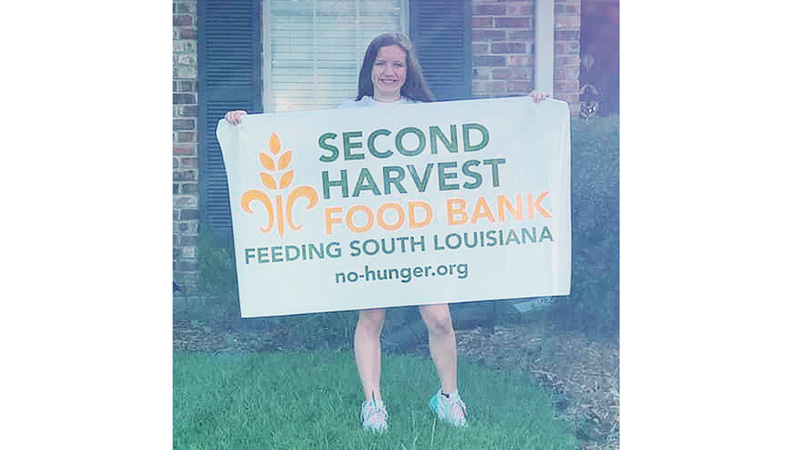 Local teenager Kailie Carrigee is requesting donations for Second Harvest Food Bank in honor of her 16th birthday. Physical donations will be collected from 2 to 6 p.m. Saturday, Aug. 1.

Kailie may be young, but she already has a strong value system and a desire to make a difference. She finds inspiration in Robert Ingersoll’s quote, “We rise by lifting others.”

“My mom has preached to me since I was a little girl every day before I would go to school to be kind, be humble and be generous,” Kailie said. “Those words stick with me everyday. That’s what I live by.”

Kailie’s mother, Korie Carrigee, said giving back has been an important part of her daughter’s upbringing. It started with her second birthday, when they made two extra stuffed animals at her Build-a-Bear party and delivered them to Children’s Hospital.

“We wanted to make sure she understood that it’s always good to think of other people and to do your part to help out when you can,” Korie said.

Kailie was still in elementary school when she told her mother she wanted to donate to an orphanage. Instead, the family decided to start local.

On her ninth birthday, Kailie collected more than $500 worth of toys and games to donate to Children’s Hospital.

Her wish to donate to an orphanage came true on her 10th birthday with help from her cousin. He was one of the volunteers who helped build an orphanage in Haiti after a major earthquake struck the country.

When her cousin told her the children needed shoes, Kailie collected more than 100 pairs to send to three different orphanages in Haiti. 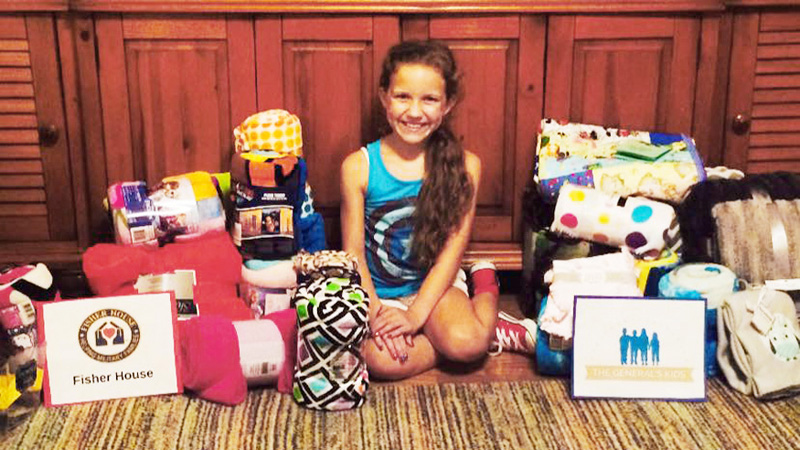 When Kailie turned 12, she coordinated a book drive to benefit Head Start children in St. Charles Parish. She donated more than 75 new books to local classrooms.

By the time her 13th birthday rolled around, Kailie was volunteering at the Matthew 25:35 Food Pantry in Destrehan. She chose to donate more than 500 nonperishable food items to the pantry.

Her project for her 14th birthday involved stocking 15 backpacks with binders, paper, pencils and other school supplies needed to help middle school students in need start the school year right.

Kailie started a project with Thomas Morestead’s “What you give will grow” foundation for her 15th birthday. The work is ongoing, but Kailie has collected toys and games for teenagers who face extended stays in the hospital.

“The most rewarding part is knowing I am making a difference in other people’s lives. It’s always been my goal to help others,” Kailie said. “Not only does it make me feel good; it enhances their lives and gives them more opportunities and more resources to live the best lives they can.”

Korie said she is proud of her daughter for being a leader and setting a positive example, especially with everything going on in the world right now.

When she isn’t completing service projects, Kailie is devoted to an array of extracurricular activities. She recently served as the Student Council president for her sophomore class.

She is a member of Beta Club, vice president of Interact Club, a Mu Alpha Theta mathlete and an officer for the Fellowship of Christian Students. As a member of the Superintendent’s Student Advisory Council for St. Charles Parish, she gives valuable input on improving her school. She also puts together a newsletter to keep the Wildcats family informed of events and deadlines.

Kailie takes high-level classes as part of the gifted program. She performs during football games and helps teammates master choreography as co-captain of the award-winning Desty Darlings Dance Team. 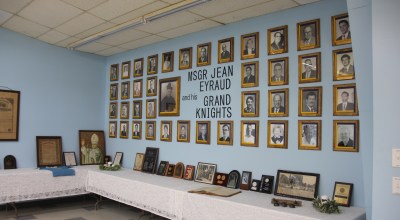