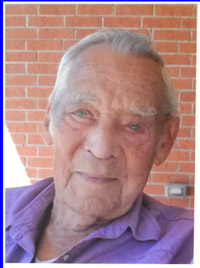 Thomas graduated Dutchtown High School in 1940. He served in the United States Coast Guard, Seaman 2nd Class during WWII. He was Honorably Discharged on April 4, 1946. He was later hired by Shell Oil Co. in Norco, LA into the general helper gang before becoming an operator. He retired after 38 years of service in 1985.

He was a jack of all trades who could build or repair anything that he put his mind to. During one of the strikes at Shell to make ends meet, he started selling and delivering fresh eggs in Norco and New Sarpy and became known as the “Eggman”. He loved to cook, hunt, square dance, going to as many Mardi Gras parades as possible, but most of all Family gatherings.

In 1993, he married Constance Murphy.

In addition to his parents, he was preceded in death by his 1st wife Betty, his 2nd wife Constance, and his sister Ethel.

His youngest great grandchild Marie was born with down syndrome and he said she was an angel from God!

Funeral Service were held at First United Methodist Church of Laplace  301 Bamboo Rd., Laplace, LA 70068 on Friday, July 17, 2020, followed with burial at Garden of Memories in Metairie, LA. In lieu of flowers, donations can be made to up21 Foundation in memory of Thomas Hatfield. https://www.up21foundation.org/donate

To view and sign the guestbook, please visit www.HCAlexander.com