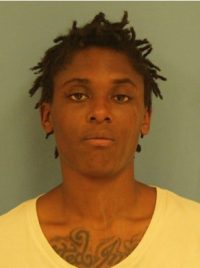 About 11 a.m. on Saturday, July 18, the St. Charles Parish Sheriff’s Office responded to a stabbing that occurred in the 100 block of South Kinler St. in Boutte, Louisiana.   Deputies arrived on scene and located 41-year-old Jason Hill of Boutte with an apparent stab wound to his chest. Hill was rushed to St. Charles Hospital where he was pronounced dead. Deputies were able to immediately identify and detain a female suspect at the scene. After further
investigation, detectives obtained an arrest warrant from 29th Judicial District Court Judge Timothy Marcel charging Hill’s girlfriend Keosha Thomas (25), also of Boutte, with second-degree murder. The investigation is ongoing. There is no danger or threat to the general public.

If anyone has information about the incident, they are urged to contact Detective Joseph Dewhirst
of the St. Charles Parish Sheriff’s Office at (985) 783-6807. Citizens may also contact Crime
Stoppers at 1-877-903-STOP. Citizens do not have to give their name nor testify and could
receive up to $2,500.