Let’s Go Fly Academy opens up a sky of potential 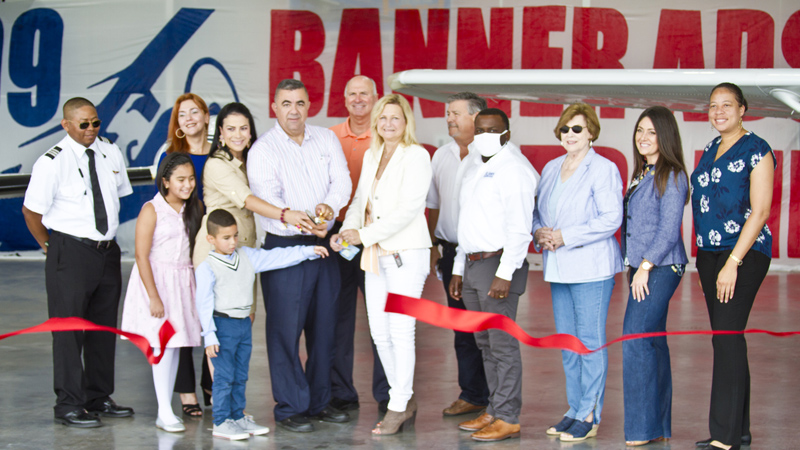 A ribbon cutting ceremony is held for the opening of Let’s Go Fly Academy in Reserve.

“I kind of made a pay it forward deal that I would learn how to fly, get a plane, and help transport other patients back and forth,” Provenza said.

Provenza, 70, and his daughter are now enrolled in flight classes to make a difference in the world. He is the oldest student to have already enrolled in Let’s Go Fly Academy, located at 355 Airport Road in Reserve.

“We want to bring in as many people as possible and bring some good things to St. John,” Jabour said. “I love this airport, and I think we are going to do great.” 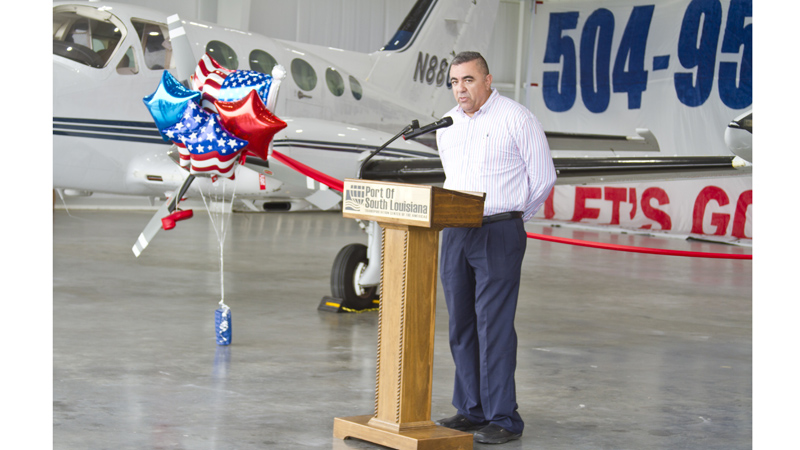 Mufid Jabour speaks at the Port of South Louisiana Executive Regional Airport for the grand opening of his new flight school.

Let’s Go Fly Academy also brings new services to the local airport, including annual inspections and service repairs. A mechanic is on staff part time, and there are plans to expand services.

“The aviation community is very small. They all work together, and when there’s a bad apple out there, they all know who they are,” Murray said. “You know who the bad apples are and you know who the good guys are, and we have a very good guy here in St. John the Baptist Parish.”

Jabour started flying in 2006 and learned the basics. A few years ago, he upgraded to a larger aircraft and earned additional ratings. It was difficult to find readily available classes, but he eventually landed with a great instructor in Houma.

Jabour decided to take the test to become a certified instructor in the aviation community, and he passed with flying colors.

“It started as an adventure. I was just a dreamer,” Jabour said. “I’m happy to be able to offer this new adventure to a lot of people. A lot of people want to fly, but they don’t know how to get started, and that’s why we are here. We will make sure everybody gets to know that we are here, and we are going to work hard to get this business flying.”

Let’s Go Fly Academy has a variety of courses and three certified instructors with CFI, CFII and MEI ratings.

The private pilot class is ideal for those who want to fly a small, private aircraft. It teaches participants to fly the plane by visual reference and includes a lot of time observing the sky before getting behind the cockpit.

The instrument rating takes it a step further, allowing pilots to make more judgments from the cockpit. A commercial rating is the gateway to a lucrative career in aviation. Let’s Go Fly Academy also offers multi-engine training, which is a necessity to work for a big airline.

Participants can begin training as early as 16 years old. However, prospective pilots must be at least 17 years old to obtain a license.

A one-hour discovery flight option is available to those who want to see if aviation is a good fit for them. The $150 discovery flight includes a one-on-one session with a certified instructor, education on instruments and pre-flight inspection, and an opportunity to try basic aircraft maneuvers, takeoff and landing. There will also be a question and answer with the instructor and a full 30-minutes behind the controls of the aircraft.

“We are pretty much operating one-on-one. We are not waiting to fill up a room. If you’re ready, we’ll start,” Jabour said.