Ama man arrested by SCSO in relation to a shooting 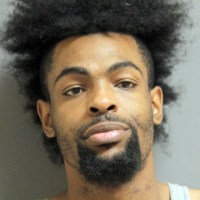 death of Darnell Ingram (36), which occurred this past Sunday evening, July 12, on Vidal Street in

Bryant Woods (29), of 272 Vidal Street. in Ama was arrested this morning by St. Charles Parish Sheriff’s

related to a shooting that had just occurred on Vidal Street in Ama. Deputies arrived on scene and

located a deceased male inside of a crashed Mercedes-Benz sedan. The victim was identified as Darnell

Ingram, a 36-year-old resident of Ama. Ingram had sustained multiple gunshot wounds. During the

course of the investigation, detectives were able to gather evidence sufficient to obtain an arrest warrant

for Woods for the murder.

Sheriff Champagne stated, “I applaud our deputies and detectives for their relentless work which resulted

in this arrest. They have worked non-stop since this despicable crime occurred on Sunday. This is the first

murder in St. Charles Parish in 8 months. The last one was a murder-suicide in St. Rose in November of

2019. While such a crime is uncommon, I am pleased that we have been able to make an arrest this

quickly. The investigation is still ongoing and I urge anyone who may have information regarding this

murder to immediately contact us by calling 911. Our condolences and prayers go out to the family of the

If anyone has information about the Vidal Street shooting, they are urged to contact Detective Kevin

Citizens may also contact Crime Stoppers at 1-877-903-STOP. Citizens do not have to give their name nor