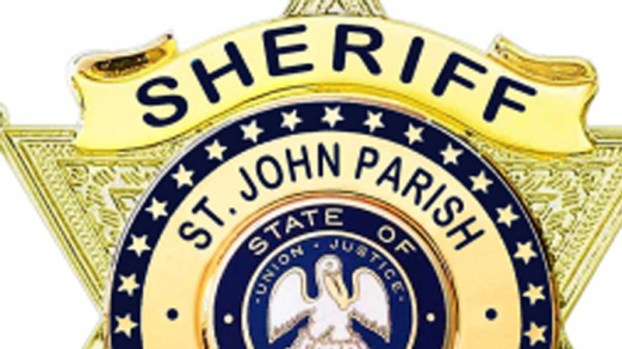 On Tuesday July 7, St. John the Baptist Parish Sheriff’s Office assisted Louisiana State Police in a search for a male subject, identified as John Henry Bartholomew, who fled on foot from a traffic stop that morning on I-10. This led to heavy police presence in the area of the Palmetto and Summerlin subdivisions in LaPlace.

According to St. John Sheriff Mike Tregre, Bartholomew threw an AR-15 and a handgun out of his car on I-10 before traveling down U.S. 51 and Woodland Drive. After entering the Palmetto Lake Subdivision, he took off all of his clothing except for a pair of blue boxer shorts and jumped into a pond to swim to the other side. The trooper pursuing him had to run around the pond, and Bartholomew was able to escape with a significant head start.

The search was called off in the afternoon due to inclement weather. In a statement released later that day, investigators said they believe the suspect fled the area.
Bartholomew is still at large. He was last seen on the canal bank near the 100 block of Nicole Drive, off of U.S. 51.
Anyone seeing this subject is asked to immediately call 911.

On Wednesday, July 8, Geremy Lipps, 22, of Dallas, Texas was arrested after he fled from officers during a traffic stop in the 700 block of Belle Terre Boulevard in LaPlace. 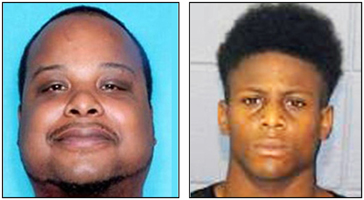 At about 3:30 a.m., officers were patrolling the Belle Terre area where they observed a 2007 Infiniti traveling northbound, swerving from the right lane to the shoulder of the roadway. When officers initiated a traffic stop, the driver, identified as Lipps, stopped, abandoned the vehicle, and fled on foot towards St. Andrew’s Boulevard and then Greenwood and Newport drives. A search began immediately in the Riverlands neighborhood.

Tregre said bullet holes were found on the vehicle Lipps escaped from. He was captured in the 1700 block of Frisco Drive, after a woman reported seeing a male subject in her tree just after 6 a.m.
He has been charged with two counts of resisting an officer by flight (misd) and illegal possession of stolen things (felony).

This week’s incidents came after Terrell Bellvie of New Orleans fled on foot from a traffic stop on June 28. This led to heavy police presence including a low-flying helicopter in the areas of St. Andrew Estates, River Oaks, Oak Point, Canterberry and Country Club north of St. Andrew’s in LaPlace.

Tregre said Bellvie was pulled over for driving 91 miles per hour in a 70 miles per hour zone. The traffic stop went perfectly until the trooper noticed Bellvie was in possession of a fake driver’s license. After Bellvie was handcuffed, he pretended to stumble forward while walking toward the police unit and took off running. The incident was caught on video, according to Tregre.

“I had never seen a guy run that fast with handcuffs behind his back,” he said.

Officers monitored the surrounding woods for hours in the nearly 100-degree heat. At one point, Bellvie jetted out across four lanes of traffic on I-10. He was later discovered in the woods inside of a log, with just his head sticking out. His handcuffs had been moved from the back to the front, and he asked officers not to shoot.

Tregre said officers apprehended Bellvie and gave him fresh water since he had been drinking swamp water in the heat.

Another recent traffic stop incident involved Aaron Dunn, 32, of Alabama. Dun was involved in a pursuit with State Police shortly after midnight on May 5. Louisiana State Police saw a red Kia Soul, reported stolen from Alabama, traveling eastbound on Interstate 10 near mile marker 200 in LaPlace. 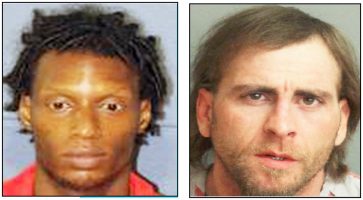 Police attempted to make a traffic stop, but the driver refused to stop. During a brief pursuit, the driver exited at Belle Terre Boulevard then crashed the vehicle on Foxwood Lane and fled on foot from the vehicle into the woods towards Sugar Ridge Drive. Shortly after, officers responded to the 2000 block of Sugar Ridge Drive in LaPlace in reference to a home invasion, kidnapping and armed robbery incident.

Dun was arrested in New Orleans and transported to St. John the Baptist Parish, where Tregre said he immediately began eyeing cameras and counting the number of officers transporting him.

He was transported to the Elayn Hunt Correctional Center. There, he made an unsuccessful escape attempt on June 29 and had to be cut out of razor wire.

Dun is charged with home invasion, aggravated kidnapping and armed robbery in St. John Parish. He is also a registered sex offender in Alabama, where he is wanted for several additional charges.