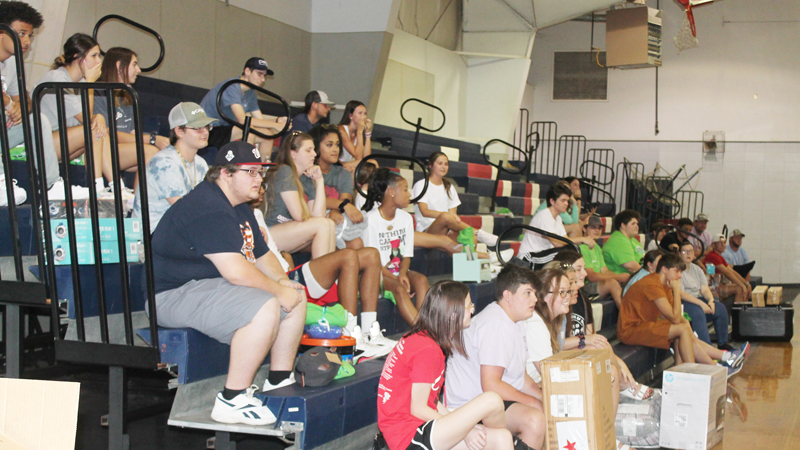 RESERVE — The COVID-19 pandemic may have stolen prom night, but it did not stop Riverside Academy students from taking home big prizes at Prom Mania.

This year’s Prom Mania was without its usual glitz, glamor and games, but organizers said it meant a lot to the juniors and seniors able to attend. Students came into the Riverside Academy gym in two different sessions on June 20 and participated in a raffle drawing for prizes, which ranged from small gifts to lavish gaming systems, TVs, computers and cookware.

Some of the gifts, including a mini fridge, microwave, printers and luggage, helped the Class of 2020 stock up for college. 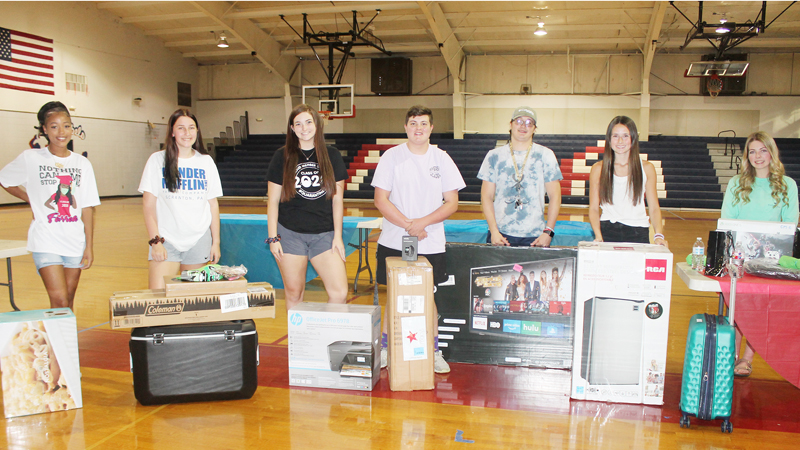 Riverside Academy Advisory Board member Desiree Bennett has been involved with Prom Mania since 2012, when her oldest daughter was in high school. Even though her younger daughter is not yet old enough to participate, it is important to Bennett to keep the event thriving year after year.

“Prom Mania was started in 2008 by a group of parents that wanted something safe for their kids to do after prom,” Bennett said. “We get together and we try to raise between $15,000 and $20,000 each year. We buy them all Prom Mania T-shirts, and they are locked in the gym from midnight until about 4 or 4:30 a.m. when it ends in the morning.”

A typical Prom Mania includes a decorated gym, bounce houses, a mechanical bull ride and countless games and activities. Game tickets are traded in for Rebel Bucks and put in prize boxes for raffle drawings. Students who have graduated often return as volunteers the following year to relive the excitement.

With health regulations in place, this year’s Prom Mania looked a little different. Instead of playing games that could spread germs, the students filed into the bleachers as organizers drew names for prizes big and small. Ten students from each class received grand prizes.

“Most of the kids enjoy playing the games and riding the bull, all of the stuff we usually do, but we had to make the best of it this year,” Bennett said. “There was talk of keeping everything for next year, but that wasn’t fair to the kids. We made the best of a bad situation.Most of the kids were very appreciative that we held something for them, even if it couldn’t be our traditional Prom Mania.” 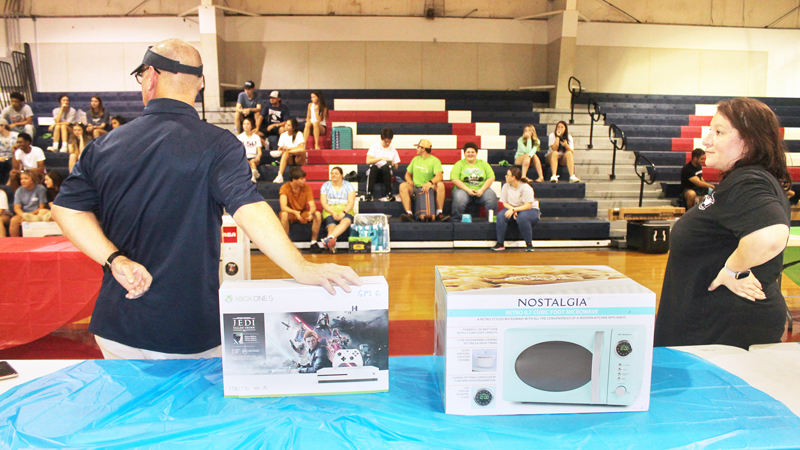 Riverside Academy Principal Michael Coburn prepares to give away an Xbox One gaming system and a Nostalgia brand microwave to lucky students.

Fundraising efforts were complicated this year, but the community still managed to raise close to $10,000. This included donations from local businesses and devoted parents.

Fundraisers during the year might include family bingo nights and craft shows held over the summer and before Christmas. Juniors and seniors who support the fundraisers are submitted into another raffle drawing.

The Riverside Academy Class of 2020 has reimagined several senior traditions. Instead of spelling out their year on the gym floor, the seniors spelled out 2020 on the football field using their cars. The senior crawfish boil was held social distancing style, and a graduation ceremony was held under a beautiful sunset.