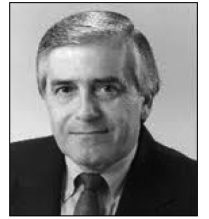 The Honorable Ron Landry, who served Senate District 19 for 24 years, died peacefully in his sleep on Sunday, May 24, 2020, in Mandeville, Louisiana, after many years of declining health.  Ronald Jude Landry was born in Lutcher, Louisiana, on May 30, 1943.  He was the son of Ambroise H. Landry, who served as Lafourche Parish Clerk of Court for 32 years, and Althae Clement Landry.  Ron grew up in Thibodaux and attended Nicholls State University before earning his B.A. and Juris Doctorate degrees from Louisiana State University.

After graduating from law school, Ron began his legal career with the firm of Kliebert and Becnel in Gramercy, Louisiana, then soon opened his own practice in LaPlace, where he quickly became involved in community organizations and activities.  He spearheaded the Jaycees’ effort to bring a Mardi Gras Parade to LaPlace and served as the first Captain of the Krewe du Monde in 1974 and 1975, handling all aspects of the parade and ball from designing the krewe crest and the first doubloons to building the king’s float and gluing sequins on ball costumes.  He also designed the original logo for the Andouille Festival when it began in 1972.  Over the years he participated in many community endeavors ranging from Cub Scout Den Leader to President of the St. John Chapter of the LSU Alumni Association and avid supporter of the River Road Historical Society in its early years.

In 1975, he made his first bid for political office and was elected to represent St. John, St. Charles, and upper Lafourche Parishes as their senator, a position he held until his sixth term ended in 2000.  Senator Landry was a stickler for senate rules and for carefully reading all bills considered by the Senate.  He was known for his tenacity as he repeatedly asked pointed questions during legislative debate seeking to gain a clear picture of exactly what impact the piece of legislation under consideration would have on Louisiana’s citizens before he cast his vote.

Senator Landry was a champion of the working man and believed that hearing the views of his constituents should be an essential element in his decision-making process as a legislator.  He served on the Senate Judiciary B Committee, the Senate Health and Welfare Committee, and as Chairman of the Senate Transportation and Public Works Committee.  Additionally, the Senator served on many sub-committees and many joint legislative committees during his long tenure, but he was particularly proud of his many years of service as Chairman of the Joint Subcommittee on Highway Priorities, the committee which prioritized road construction and repair projects for the entire state using a model program based on need.  Senator Landry was also a strong advocate for the handicapped, and he worked closely with members of the deaf community to sponsor legislation to improve their quality of life.

In his free time, Senator Landry was a man of many talents.  He enjoyed cooking, working on art projects, decorating cakes, and carving his annual pumpkin masterpieces with his children and grandchildren.  He was also known on the tennis court for his ruthless top spin.

In lieu of flowers, the family requests that donations be made in Ron Landry’s honor to Deaf Focus, 4332 Rhoda Drive, Baton Rouge, LA, 70816, https://www.deaffocus.org.  A graveside service will be held in Thibodaux on a later date.

Arrangements entrusted to Serenity Funeral Home, Covington, LA 985-875-1131.  Condolences and tributes can be posted at www.serenitycovington.com