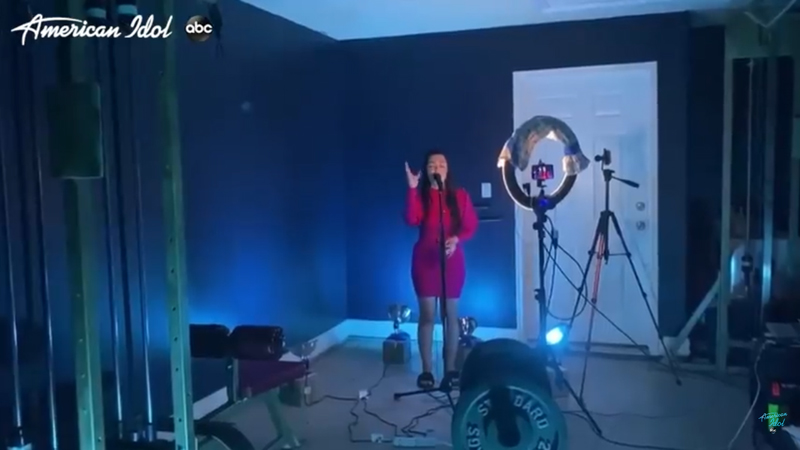 Faith Becnel performs from the safety of her garage/home gym. American Idol producers shipped equipment to her home to make the lighting and recording look professional.

Faith Becnel, a Destrehan native and daughter of Bec’s at the Lake restaurant owner George Becnel, sailed through Hollywood to land in the live performance portion of American Idol’s 2020 season. With safety in mind, Becnel and the other Top 20 finalists belted out performances from their own homes and received feedback from a Zoom video conference with the three celebrity judges.

American Idol producers shipped three Apple iPhone models to each contestant to capture multiple camera angles of the performance. While these angles were edited together before Sunday’s broadcast to add a more professional element to these unusual circumstances, finalists were not allowed to edit imperfections out of their vocal performances.

Becnel belted out Bishop Briggs’ 2016 hit “River” from inside her garage/home gym. The celebrity judges agreed that it was one of Becnel’s stronger performances of the season.

“Little Miss Personality just showed us that she can hit some big-time notes,” said Judge Luke Bryan. “We’ve heard that song done many, many times, and that was my favorite rendition of that song. I loved it.” 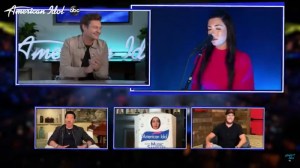 “Let me give you one little hint,” Richie said. “Every chance you get to stare something down, in this case the camera, open your eyes and look dead into it.”

Judge Katy Perry, who was dressed as a giant hand sanitizer Sunday night, has been a vocal supporter of Becnel since the River Parish native’s audition. Perry applauded Becnel for putting stock into the constructive criticism she’s received throughout the season.

“We’ve spoken a lot about your vibrato being too present, and I think that was the first performance I really heard that note actually stick. I’ve never heard you belt like that in a song,” Perry said.

The Top 20 will be reduced to the Top 10 on Sunday. Only three episodes remain until the 2020 winner is crowned remotely.

Becnel’s performance can be viewed at https://youtu.be/zsoajD9WwOQ.