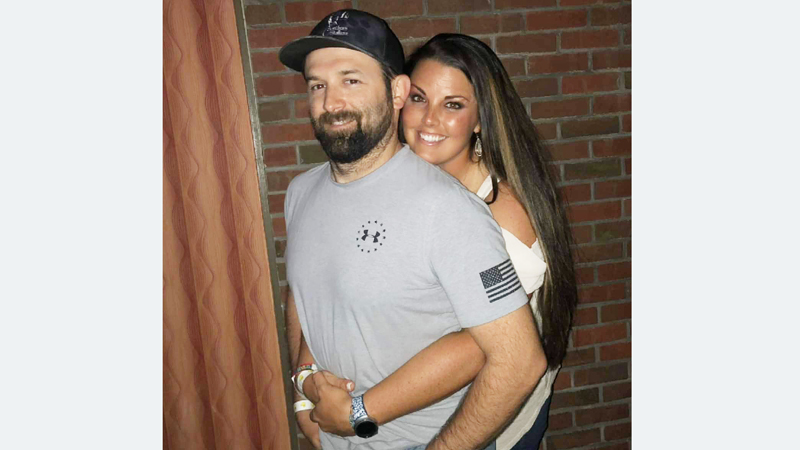 RESERVE  — Tamra Regalo seems to have no trouble handling a bunch of teenage girls.

As the sixth-year coach of the Riverside Academy softball team, Regalo has consistently put together one of the metro area’s top softball teams, taking other people’s children to the State Tournament in Sulphur four out of the last five years with two trips to the semifinals and a runner-up finish in 2017.

But when it came time to having a child of her own, things were much more difficult for Regalo and her husband, Anthony.

The Regalos, who have been married since November of 2013, had to follow an arduous and expensive journey through infertility treatments.

“I always had a gut feeling that it wasn’t going to be easy for me,” said Regalo, 31. “Maybe just because it was so easy for my sisters, I just had a feeling I was going to have trouble.”

There was trouble indeed.

Less than a year after the Regalos were wed, Anthony suffered a catastrophic work accident when a large piece of farm equipment collapsed onto him, crushing his pelvis and puncturing several organs. He was hospitalized for months and has since undergone at least five surgeries to repair his injuries.

Baby Brock Anthony Regalo is due to arrive May 31.

“We celebrated our first anniversary in the hospital, and he didn’t stay awake for it,” Tamra said, adding that her husband has now nearly fully recovered from the accident and his injuries had no affect on their later difficulties getting pregnant. At the time, though, the young couple was in no real hurry to start a family.

“We weren’t in a rush,” Tamra said. “We were young. I had just gotten my first job. We had lots of time.”

But once they did start trying, they learned it wouldn’t be so easy – or cheap.

“Everybody thinks it’s just so easy,” she said. “It isn’t always. And it’s so expensive. There are no low-cost clinics in Louisiana. That’s why we ended up going with a low-cost clinic out of state.”

Tamra made her way to several local fertility clinics, trying several low-fertility protocols with no results. The one follicle that did reach the six-day threshold for viability was tested and had multiple abnormalities. Now realizing her journey to motherhood was going to be even more difficult, and having already reached five figures in expense, Tamra began researching out of state clinics and decided on CNY in New York.

The process was not easy. Tamra required multiple tests as well as injections and several trips to New York – sometimes with and sometimes without her husband, occasionally with her mom. She had to beat a snowstorm once and was in New York when her team played Lutcher one year (she watched it on her computer) and when it held its athletic banquet.

And the cost kept creeping up.

But, as the Riverside community often does, it rallied around the couple. There were various fundraisers held to support the Regalos, including carwashes and pastalaya dinners. Assistant coach Thomas Hymel helped by donating his airline miles to Tamra.

“He jokes that I should name my baby ‘Cash,’” Tamra said.

Nope. His name will be Brock Anthony Regalo and he is due to arrive in May 31, shortly after the Lady Rebels complete the 2020 season.

All of the Regalos trials and tribulations culminated in a positive pregnancy test in September of last year.

“I was in shock,” she said. “It took me a minute to process it because I had never seen a positive one before. I was just really excited to tell Anthony.”

Her clever way was to put the test in the clothes dryer and tell him to get the clothes out.

“He came out with tears in his eyes,” she said.

And in November, Tamra was finally able to share the news she had dreamed of: “After five transfers, three egg retrievials, seven trips to NY and hundreds of shots and hormones it finally worked!”

Tamra also has been very forthcoming with the details of her journey through infertility, hoping her story can help others who may be going through the same pain.

“I didn’t know anybody who had gone through it until I started sharing,” Tamra said. “Then the more messages I got I realized more people were going through it – a lot of my old teammates had gone through it. I met a lot of people in Louisiana who were going to CNY. I think it was just easy for me to be a person that people could reach out to. It was not easy for us at all. It was not cheap. This may be the only baby we have and I’m OK with that.”