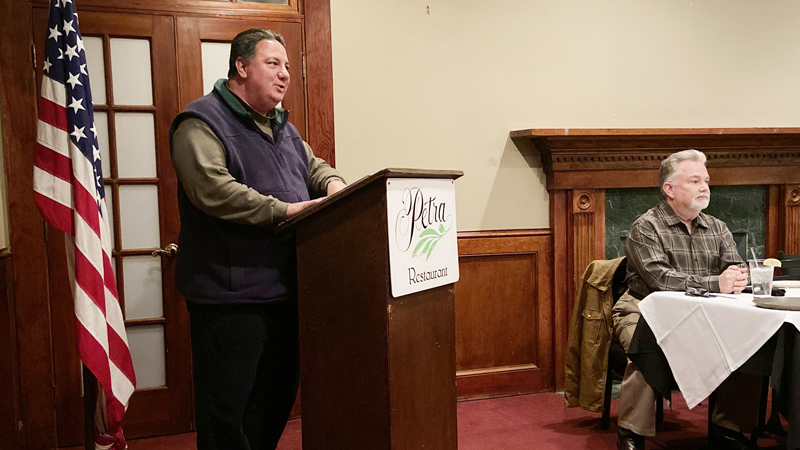 LAPLACE – Even though he and his staff were preparing for one of the biggest election days of the year, Louisiana Secretary of State Kyle Ardoin managed to make a trip to LaPlace this week to assure St. John the Baptist Parish business owners that the election process is safe and well-protected.

“It is a very elaborate, time-consuming process that takes months of preparation,” said Ardoin, who was elected to his post in December of 2018 after the former Secretary, Tom Schedler, resigned in May of that year.

Ardoin was the guest speaker at the November meeting of the St. John Business Association meeting held Wednesday night at Petra Restaurant, making up for an earlier scheduled appearance that he had to cancel due to bad weather.

The Secretary of State’s office oversees elections and voting, the registration of businesses and limited liability companies (LLCs), a massive archive of state records and the state museum system.

In his relatively short time in office, Ardoin has streamlined the Secretary of State’s website (sos.la.gov) and the process by which small businesses are able to register with the state, updating the web site to make it more user friendly. Entrepreneurs and business owners may visit geauxbiz.sos.la.gov to register their business, file annual reports and verify the registration of a business.

“We want to help potential business owners as much as possible,” Ardoin said, adding that his office has also implemented several layers of protections to prevent business identification thefts. Business owners may sign up for email alerts and notifications which will be sent when any time changes are made to a business’ registration.

But many business owners in attendance were intrigued by Ardoin’s detailing of the multi-step process the Secretary of State’s office takes to ensure election security and voter participation.

“Louisiana is in the top tier of election security state in the nation,” Ardoin said. “Our goal is to keep fraud out of our elections.”

After touting the fact that Louisiana boasts the highest number of registered voters in the country at 88 percent, Ardoin explained the process by which voter machines are prepped and counted for each election. He also answered questions about the registration process as well as the “purge” process.

Voters are only added to the inactive rolls if they do not vote in two consecutive national elections, Ardoin said. Addresses and state records are checked before voters are removed from any rolls. Voters may check their status on the website or by using the handy smart phone app.

He and his wife, Kim, have seven children. 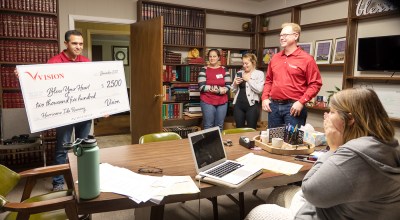 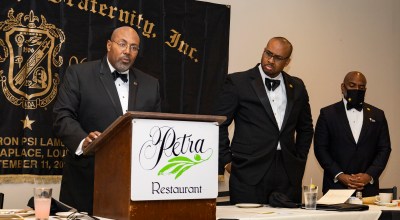