Veterans Day Parade is open to all 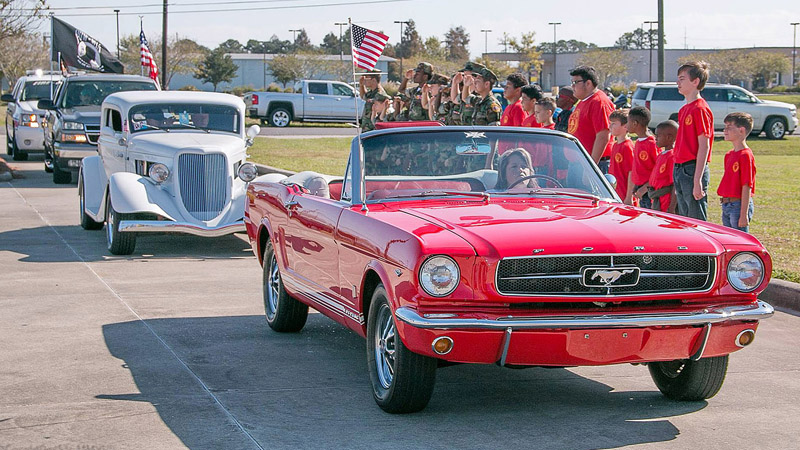 LAPLACE — The annual Veterans Day Parade in St. John the Baptist Parish is a heartwarming sight for American Legion commander Allan Reynaud. As a Vietnam Veteran, he remembers returning home from a life changing experience and being met with criticism and disapproval instead of welcoming arms.

It’s important to him to see residents at the Southeast Louisiana Veterans Home in Reserve honored for the sacrifices they have made. Starting at 10 a.m. Saturday, Nov. 9, the St. John Parish community will have the chance to do just that as the eighth annual Veterans Day Parade rolls down Airline Highway from Home Depot in LaPlace to the Veterans Home in Reserve.

“As a Vietnam Veteran, this is very heartening to see because the reception we got back then was not good,” Reynaud said. “One of the commitments we made was that we would not allow the next generation to be treated the way we were treated.”

Thankfully, the situation has improved.

“The country has done a turnaround on it,” Reynaud said. “People seem to be very grateful for the sacrifices these men and women made.”

The residents at the Veterans Home are equally grateful for the support, according to Reynaud. Some residents joyfully ride in the parade while others sit and watch from outside of the Home, but Reynaud said all are happy to be thought of.

The community is welcome to take part in the Veterans Day Parade. The procession is made entirely of cars and motorcycle groups. Pulling tractors is not permitted. There is no registration to join, Reynaud said. Participants are simply asked to arrive at Home Depot in LaPlace by 9:30 a.m. to line up.

St. John Young Marines and Veterans are pictured with medals and shadow boxes on display during a previous Veterans Day Parade.

The St. John Parish Sheriff’s Office and Office of Fire Services will lead the procession five miles down Airline Highway, and the parade will last approximately 30 minutes. Intersections along the route will be blocked off during this time.

American Legion Post #383 is sponsoring the Southeast Louisiana Riders group. Motorcycle riders are coming from across the region to participate in the event.

Reynaud will drive his red Dodge decorated with the American flag, the Louisiana State flag, the POW flag and the five service flags. Restored military vehicles will command attention, and several local dealerships are supplying cars for Veterans to ride in.

Those who do not ride are welcome to watch and cheer along the route.

All community members are invited to visit the Veterans Home directly after the parade for refreshments and a ceremony starting at 11 a.m.

A VFW Post will present the Color Guard and Honor Guard salute to begin the ceremony. The keynote speaker will be Darren LaBarthe, a Veteran and president of the Louisiana Elks Association.

St. John Young Marines and Boy Scouts Troop #406 will play a big role in the day’s events, according to Reynaud. The Boy Scouts and members of the American Legion Women’s Auxiliary will help move wheelchair-bound residents outside.

“The kids love it so much, and they want to participate,” Reynaud said. “One of the reasons we are doing it on Saturday is to attract more adults and kids. Kids are one of the big focuses of the Legion. They really seem to enjoy it, and the residents love having them around. Veterans, cops and firemen are suckers for kids.”

American Legion members will be supplying hats and T-shirts in exchange for donations supporting the group’s many initiatives.

“It’s for the youth program, which supports American Legion baseball, Boy Scouts, Young Marines and Boys State,” Reynaud said. “We contribute to the children’s welfare fund on a national level.”

American Legion also provides coffee and cups for the VA outpatient clinic and supports other Veterans’ assistance programs, including one that reimburses up to $3,000 for food, hotels and gasoline expenses incurred under storm evacuation orders.

This week, Post #383 will contribute to the Southeast Louisiana Veterans Home biggest bingo pot of the year to benefit residents who have a very limited amount of spending money.

Help for the Homeless