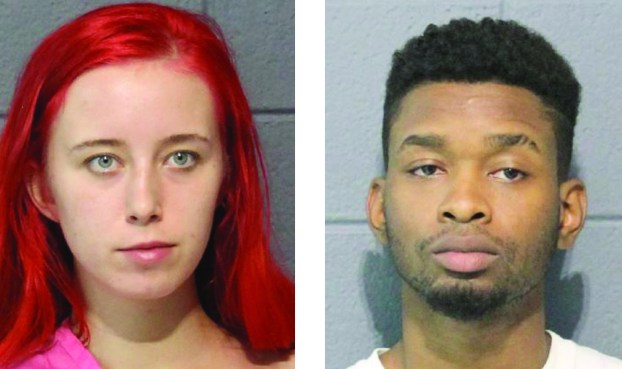 LAPLACE — Four arrests have been made in connection to the shooting death of Xaviery Bryant, 26, of LaPlace that occurred Friday, Sept. 20.

Gabrielle Little of LaPlace, Marvin Sanders of Metairie, both 19, and two male juveniles of LaPlace have been taken into custody, according to the St. John the Baptist Parish Sheriff’s Office.

At about 11:30 p.m. Friday, deputies responded to a residence in the 100 block of Paula Drive in LaPlace for the report of a man, later identified as Xaviery Bryant, that was shot.

Upon arrival, deputies located the man unresponsive, lying on the porch of a residence. He was pronounced deceased at the scene by the coroner’s office.

Little and Sanders, who were arrested at approximately 7 p.m. Saturday, are charged with second degree murder and are being held in custody in lieu of a $550,000 bond.

Over the course of the investigation, detectives developed Sanders, Little and the juveniles as suspects. A motive is unknown at this time.

“Information provided by the community helped lead to the arrests of these suspects,” Sheriff Tregre said. “We appreciate people coming forward with information.”

Anyone with information about this incident is asked to call the Criminal Investigations Division at 985-359-8769. Citizens can also submit tips on the Sheriff’s Office website at http://stjohnsheriff.org/submitatip.php.

One Killed and Six injured in St. Charles Parish Crash

Killona – Shortly after 4 p.m. on Friday, Troop B began investigating a three-vehicle fatality crash on LA 3127 south of... read more