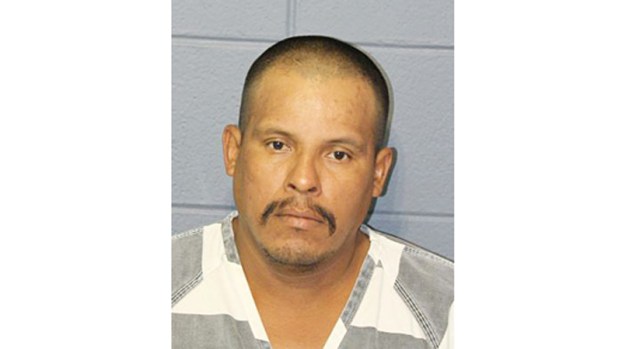 EDGARD – A St. John the Baptist Parish jury convicted Juan Ramos of attempted manslaughter for his involvement in the 2018 machete attack that nearly claimed the life of a 47-year-old man.

The verdict was announced Thursday at the conclusion of a three-day trial, according to the St. John Parish District Attorney’s Office.

Prosecutors elicited testimony that on Aug. 6, 2018, Ramos brutally attacked Bryan Guillot of Montz. While Guillot was inside a LaPlace residence, talking to several persons, Ramos entered the trailer-home armed with a machete. Evidence showed that Ramos immediately began to hack and slash at Guillot, first striking him in the face and later slashing both arms to pieces. Evidence also revealed that, with several arterial lacerations, Guillot nearly died from his injuries. His life was likely saved by the actions of SJSO officers Shaquille Guerin, Jared Seruntine and Javonna Cordova utilizing their Stop The Bleed training on the scene.

Officers Shaquille Guerin, Jared Seruntine and Javonna Cordova were presented with recognition certificates for using their Stop The Bleed training to save Bryan Gullot’s life. They are seen here with Dr. Jeffrey Elder, left, and, to their right, supervisors Sgt. Lisa Dorris, Lt. Graylin Burl and Lt. Paul Swancey.

After a witness intentionally refused to appear and testify at the trial, though having been lawfully subpoenaed, Judge Ad Hoc Kirk A. Vaughn issued a material witness warrant at the request of the District Attorney’s Office. The material witness warrant caused the reluctant witness to be held until she appeared and testified in the criminal trial on Wednesday. The District Attorney’s Office has stated that this is an extreme measure that it will not hesitate to use when a witness’s willful failure to comply with court orders interferes with the fair administration of justice.

Prosecutors showed the stunned courtroom a video of the brutal attack, which Ramos himself recorded with his cell phone. Video recordings and images clearly showed Ramos, the ex-boyfriend of the homeowner, attack Mr. Guillot.

The jury deliberated for just over two and one-half hours before returning their verdict. The Court accepted the verdict and set a sentencing date of Dec. 16, 2019.

The maximum sentence for the crime of Attempted Manslaughter is 20 years with the Department of Corrections. Ramos, who is presently held on an Immigration and Customs Enforcement hold, faces deportation by the federal government of the United States of America after this crime of violence conviction.

EDGARD – The St. John the Baptist Parish Public School District will conduct a meeting on Sept. 30 to continue... read more