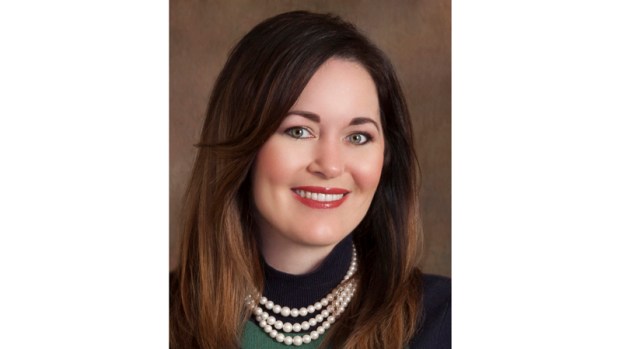 Editor’s Note: Individual stories are being written for each of the St. John Parish President candidates. Rodney Nicholas and Randy Vincent will be featured in upcoming editions. Charles Julien and Terry Lewis Sr. were featured in recent editions.

Hotard holds a degree from Southeastern Louisiana University in marketing, and she recently completed her second year of law school at Southern University Law Center.

“I believe that my educational background is what has uniquely prepared me for this job, especially my legal background,” Hotard said. “It has allowed me the ability to understand contracts better and to look at the law and our home rule charter from a different perspective.”

Hotard is one of five candidates vying for Parish President in the Oct. 12 election. She will appear on the ballot along with Charles Julien, Terry Lewis Sr., Rodney Nicholas and Randy Vincent. Current Parish President Natalie Robottom is term-limited in her position and cannot run for re-election.

In the event that no candidate secures more than 50 percent of the vote, a run-off election between the top vote getters will be held on Nov. 16.

“I love St. John Parish,” Hotard said. “I was born and raised here, and I’ve dedicated much of my adult life to serving the people of St. John. I’m very grateful for the opportunity that the people have given to me. I care very deeply about our parish’s future, and I believe together we can move the parish forward in the right direction.”

Hotard has had direct parish government experience through some of the best and worst times St. John Parish has faced.

During her tenure on the Parish Council, Hotard has been involved in projects to pave roads and institute park, road, sewer and water upgrades. She has written key legislation that affects quality of life issues for St. John residents.

Hotard has amended the grass cutting ordinance more than once to address repeat offenders, allowing the problem to be addressed faster on properties where there has been more than one violation in a 12-month period.

She also introduced an ordinance to address junk and abandoned vehicles in St. John Parish. While grass cutting and the removal of blighted vehicles seem minor, Hotard said they are impactful to neighborhood maintenance and surrounding property values.

“Do we need to do more? Absolutely. But you can’t take the second step without taking the first step. I am the only one that has drafted legislation, passed legislation to solve some of those issues,” Hotard said. “Being a council member for so long uniquely qualifies you to be in the parish president’s office. I would understand, as the parish president, what the council members are dealing with on a daily basis and how to address those issues.”

Being a member of the Louisiana State Licensing Board for Contractors has also prepared her to understand the ins and outs of construction projects in the parish, and she will be ready to hit the ground running on day one.

Hotard said the parish is responsible for maintaining pumping stations and clear waterways, and a wing of the public works department should be dedicated to those issues. In her past experience, Hotard has introduced and passed resolutions to establish preventive maintenance.

St. John Parish water systems will also be outside of the West Shore Levee system and vulnerable to flooding. A feasibility study has examined the impact of relocating the system, and Hotard is ready to move forward.

“Starting day one, I will make sure we can identify funds to move the water intake system to the river, inside of the levee protection system,” Hotard said.

Within the realm of recreation, Hotard sees a need for more public-private partnerships. As a mother, she understands the importance of healthy events for children to participate in, whether it is athletics or the arts.

“We need industry to step up a little more, whether it’s adopting parks or adopting programs,” Hotard said. “Instead of spending all of our general fund money on maintaining all of the parks we have, we can have industry assist us.”

She said maintenance funds would be directed to increasing participation and implementing new programs to engage children of all ages.

All roads lead back to economic development, according to Hotard. Situated between New Orleans and Baton Rouge, St. John Parish has the potential to become a thriving community.

“Government should help our economy, not stand in the way of new businesses,” Hotard said.

According to Hotard, an effective parish president should be honest and transparent, with proven leadership skills and a heart for service.

“It should be someone that has demonstrated to the community that they are a year-round public servant,” Hotard said.

Outside of election years, Hotard has dedicated herself to public outreach. She was fighting floodwaters to rescue residents during Hurricane Isaac. When the 2016 floods impacted neighboring parishes, she organized clothing and school supply drives.