Sheriff stands in defense of officer under investigation in school incident 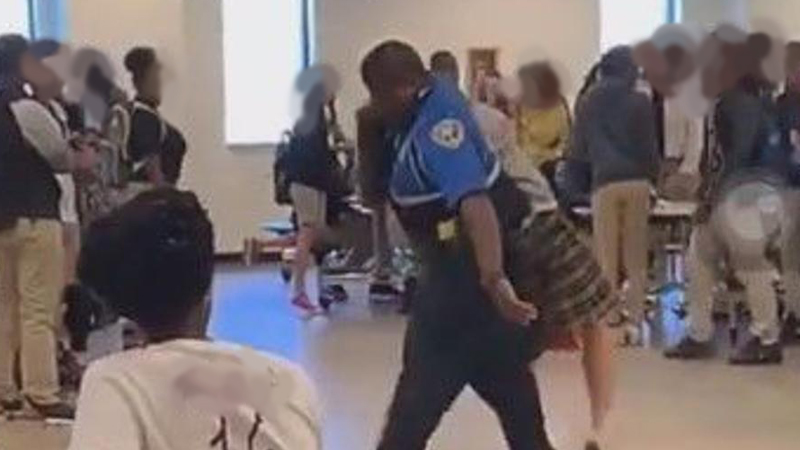 Cpl. Larry Williams removing one of the girls involved in a fight at East St. John.

LAPLACE — During Tuesday’s press conference, Sheriff Mike Tregre stood in support of a St. John the Baptist Parish officer under investigation for an incident that recently went viral on a social media video.

A 10-second cell phone video, shared more than 20,000 times, depicts school resource officer Larry Williams carrying a 16-year-old female student out of the East St. John High School cafeteria. The student had been removed from a fight, and her mother filed a formal complaint over how the officer handled her daughter during the incident.

At one point in the video, the student’s feet came off of the ground. In an interview with WWL, Stacey Jarreau disapproved of the officer grabbing her daughter around the throat.

Tregre said the incident was “grossly exaggerated.” After closely examining video evidence, Tregre concluded Williams could not have choked the student because he had one arm across her upper torso and his other hand under her armpit.

Williams has been with SJSO for three years, and he is one of four certified instructors of the cultural and sensitivity program. Tregre said Williams has made multiple arrests at East St. John since August without issue.

“Many people have passed judgment on the arresting officer based on 10 seconds of cell phone video,” Tregre said. “Many are calling for his termination without any complete and full details of what took place and transpired that day.”

The altercation occurred on Sept. 6. The 16-year-old student was arrested for disturbing the peace for using offensive, derisive, annoying words to another, which is a misdemeanor.

The child’s mother notified Tregre of the incident on Facebook messenger on Sept. 6. She filed a formal complaint with the sheriff’s office against Williams on Sept. 11.

When the video circulated social media and television news stations on Sept. 13, Tregre was in communication with the St. John the Baptist Parish Superintendent Heidi Trosclair to arrange a meeting for Monday. A press conference was held one day later.

During the press conference, Tregre gave instructions to not disseminate video without blurring the faces of all juveniles in the crowded cafeteria. One of the videos showed the fight breaking out in the corner of the cafeteria, just before Principal Christopher Mayes broke up the fight and handed Jarreau’s daughter over to Williams. Another video showed the booking, where the student gave Williams a hug.

Tregre said the student apologized to Williams and said she was truly sorry.

The formal complaint is still in place, and Williams will go before the disciplinary board, according to Tregre.

During the press conference, Tregre stated East St. John High School staff and SJSO officers have responded to 30 physical altercations between two or more students on campus since the start of the school year in August, including an altercation that led to the arrest of two juveniles Tuesday morning.

“If we pull officers out of the schools, what are we going to do then?” Tregre said.

In a statement released after the press conference, St. John the Baptist Parish Public Schools challenged the statistics but maintained school officials and the sheriffs office share the same goal of keeping the community and schools safe.

“The superintendent, the sheriff and both agencies’ staff members are in constant contact in order to achieve this,” the statement read. “Our on-duty teacher quickly intervened during this incident and staff members then appropriately turned the student over to the resource officer.”

The student’s mother said Tuesday night that she was satisfied with the School Board’s response, noting school officials performed their jobs correctly.

“They need credit since ESJH has a bad reputation. They were concerned and caring!” Jarreau said.

St. John Parish Schools pledge to continue working with the sheriff’s office, school resource officers, staff members and students to provide and environment conducive to learning at all times.

“Our records show that there have been far fewer than 30 physical altercations on the East St. John High School campus this year,” the statement said. “Regardless, even one incident is too many and we have recently moved to a zero tolerance policy on all of our campuses.”

Tregre said he is willing to sit down and speak with anyone who feels they have a reasonable solution to fighting in local schools. 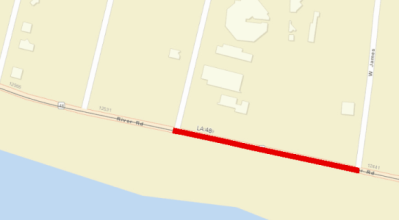