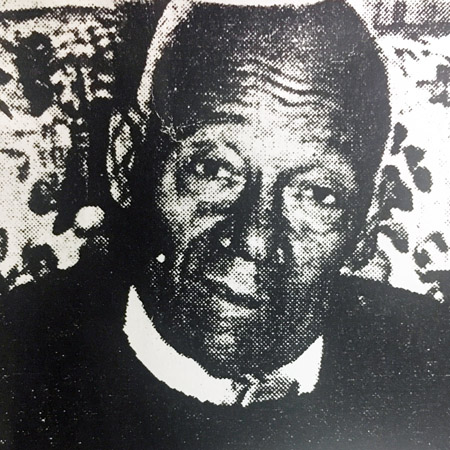 LAPLACE — Reah Bernard remembers the sound of the .38 calliber bullet that pierced through her childhood home, narrowly missing her mother as it struck near the entrance of the bathroom.

It was at that moment she realized the danger that came with social activism. Her father, Edward Hall, is remembered for filing a suit that paved the way for voting rights for black residents in St. John the Baptist Parish.

Hall worked closely with Thurgood Marshall, a young attorney who would later become a U.S. Supreme Court Justice, to remove racial barriers at the local Registrar of Voters. The action set a precedent that would spread throughout the South.

“He fought for the rights of black people,” Bernard said. “He used to go door to door to get people registered to vote. A lot of times, black people couldn’t write too well. When they went to register, they would get turned away. He would teach them how to fill out the registration forms. After he got a car, he would take them across the river to register. That was his life.”

At the time, literacy tests, a poll tax and other measures were used to keep black residents away from the election polls. It didn’t come as a surprise to Hall, who was raised in a segregated world.

Born in February 1905, Hall grew up in Reserve when there were no public school options for black children.

Hall attended school in the Binenlaissance Society Hall. The black men in the community, including Hall’s father, took up a collection but only had enough money to hire one teacher for all of the students.

Despite the barriers, Hall was well read and socially conscious. As an adult, he went on to establish a branch of the National Association for the Advancement of Colored People (NAACP) in Reserve. Roadblocks at the Registrar of Voters spurred a lawsuit in 1944. As chairman of the local NAACP chapter, Hall’s name appeared on the document. With help from Thurgood Marshall, the suit entered the Fifth Circuit Court of Appeal and paved the way for black voting rights.

Bernard said her father was a very meek man who fought for the betterment of his people, not for recognition.

She still pictures her father sitting on the front porch, a newspaper propped up in his hands.

“He made us memorize oratories and poems to exercise our brains. Oh, he was a stickler,” Bernard said. “Daddy would make us enunciate our words. All of that helped us in school, but it also caused friction.”

Schools remained segregated as Bernard grew up, and she was part of the first graduating class of the all-black Our Lady of Grace Catholic School. She faced prejudice from the local population, including some white people who thought of black people as animals.

At the same time, she had a rough go in school among peers who accused and teachers who assumed she thought higher of herself because she was Hall’s daughter.

After high school, Bernard got married and had five boys, later taking in a foster daughter. She was by her father’s side in the 1970s during the fight for African American employment rights.

“We made some advances in voting, so the next thing was to get some people working,” Bernard said. “Instead of just sweeping floors, we wanted them behind the counters, too. We had to picket the places that refused to hire black people.”

At the time, the shopping center included a Sears and various small clothing and shoe stores. After the protest, the first black worker in the complex was hired as a cashier.

Bernard said her family felt a calling from God to purchase the facility, which met vehement opposition from owners who said they were a holding company and would never sell. That standpoint changed, of course, and New Wine Christian Fellowship was soon established in the community.

The work done in the past was important, but it is not over, according to Bernard. She said there is a new generation of young black men who grew up fatherless and without the guidance of strong male role models, directionless without goals and dreams.

“When people get a little bit of freedom, they become content,” Bernard said. “People take it for granted. People get complacent because we get accustomed to things and it doesn’t mean anything to them. It means a lot to me because I know what we went through to get here.”

Some community members, including Georgia Keller, are continuing the efforts Bernard’s father started decades ago. Through her organization Every Vote Counts, Keller and numerous volunteers have committed to nonstop voter registration efforts in the past month. The group has registered or updated information for approximately 120 people in recent weeks.

Some local voting locations have changed