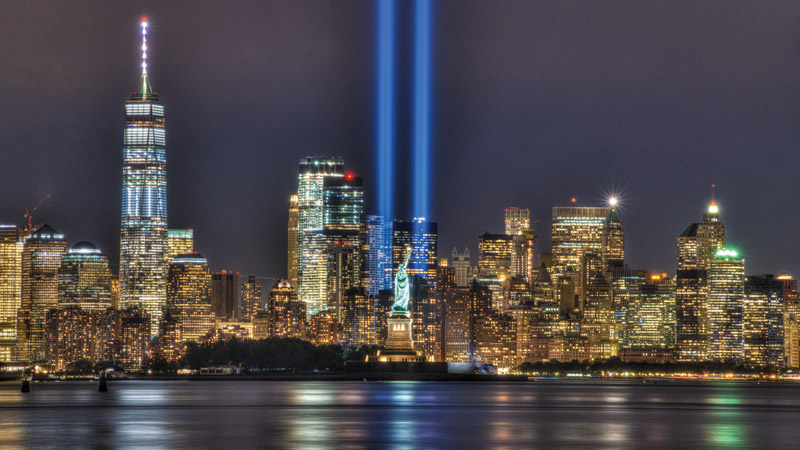 Most people younger than me have no recollection of 9/11, and most people older than me remember watching in complete horror, knowing their lives and the world were forever changed the moment the second plane struck the Twin Towers.

I was 6 years old on Sept. 11, 2001. While I knew something had happened, something big, I didn’t fully comprehend what it meant until I watched an anniversary documentary on the tragic event some years later.

I didn’t know it was the deadliest terror attack in world history. I did not realize eight EMTs, 60 police officers, 343 firefighters and a staggering 2,997 civilians never made it home that night, leaving millions grieving in the wake.

My dad likes to tell the story of how he explained 9/11 to me the next morning at the bus stop, and I (not really understanding) asked in return why God made poison ivy. I guess it was a 6-year-old’s way of asking why awful exists in the world.

Why? — It’s the golden question.

It’s what Captain Todd Bourgeois asked himself daily for almost 20 years after responding to the worst loss of life in a fire the Lafayette area had ever seen. There were five children and three adults in the two-bedroom house, most burned beyond recognition. One of the children, a 10-year-old boy, was found hidden under blankets, where he died of asphyxiation.

Since then, Bourgeois has learned everything happens for a reason. The experience has changed the course of his life and shaped him into a better human being.

“I’m convinced every one of us are put on this Earth by our Lord for a purpose,” Bourgeois said.

Bourgeois shared the story to a room full of captivated students at Wednesday’s St. Charles Catholic Lunch and Learn presentation. As a Veteran of the U.S. Navy Seabees and a firefighter of more than 30 years, Bourgeois was in a unique position to talk about the importance of leadership and patriotism as part of a Catholic way of life.

Honor, courage, commitment and integrity were the four core values Bourgeois encouraged students to live by.

In his presentation, Bourgeois told the group to keep promises, even when it takes extra effort, and never betray someone’s trust. Part of having integrity is never letting another take the fall for your actions.

Trust is the essence of leadership, according to Bourgeois. Honoring leaders who put their lives on the line is a form of patriotism.

Bourgeois shared a story of a crew of firefighters who responded to 9/11. The chief told them they might never see the sunset again if they walked into the building, noting he wouldn’t think any less of anyone who decided not to take the risk. All of them entered the building regardless. None of them survived.

“Patriotism is to honor the people who did what those people did,” Bourgeois said.

Near the closing of the presentation, Bourgeois said, “When it comes your time, you don’t want to be the person weeping and prayer to do it all again a different way.”

It was a message St. Charles Catholic student Luke Ringe took to heart.

“What really stood out to me was the core values that he talked about,” Luke said. “I’m going to use those for the rest of my life.”

Luke didn’t know about the horrors of 9/11 until learning about it in middle school. He can’t imagine what it would have been like for someone able to fully comprehend what was happening.

However, patriotism is near and dear to his heart. An aspiring Eagle Scout in St. John Parish Boys Scouts Troop, Luke organized a fundraising effort where each student paid $1 to wear red, white and blue on Sept. The goal is to use funds to renovate the St. Charles Catholic flagpole.

“The pole is rusted, it’s bent, and it doesn’t fit with the renovations the school has had,” Luke said. “It’s personally important to me because it shoes patriotism. That’s something every person should have. They should have pride in their country and want to see the flag flown not only during the day, but also at night, so that it can always be there.”

Brooke Robichaux is news editor at L’OBSERVATEUR. She can be reached at 985-652-9545 or at brooke.robichaux@lobservateur.com.

Keller: Are you living your ‘dash’?