Brown named Officer of the Month 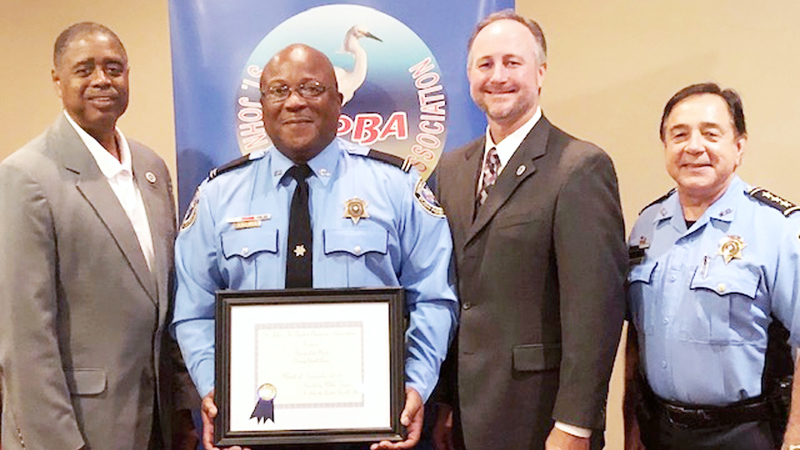 LAPLACE — Crime Scene Investigator Ronald Brown of the St. John Parish Sheriff’s Office was named Officer of the Month by the St. John Business Association at the group’s September meeting at Petra’s Restaurant in LaPlace. Deputy Brown was recognized for his exceptional knowledge of technology and video surveillance as well as his professionalism.
His expertise in technology and video surveillance allows him to precisely and efficiently respond to residential and commercial locations where a crime has been committed and extract video to assist in investigations. As he collects and secures evidence, and determines the facts of what, when, where, and how a specific crime occurred, CSI Brown works diligently to help the Criminal Investigations Division solve cases.
“CSI Brown prepares excellent reports that document his investigation that are used by investigators and later in the prosecution of cases,” said Lt. Christie Chauvin of CID. “CSI Brown’s knowledge of technology and the support he gives to the members of the CSD and the CID are first class. No matter how heavy his work load, CSI Brown is always ready to work and respond with a smile on his face.”
With CSI Brown are State Sen. Ed Price, from left, State Sen. Gary Smith Jr. and Chief Steve Guidry. Senators Price and Smith were guest speakers at the St. John Business Association meeting.