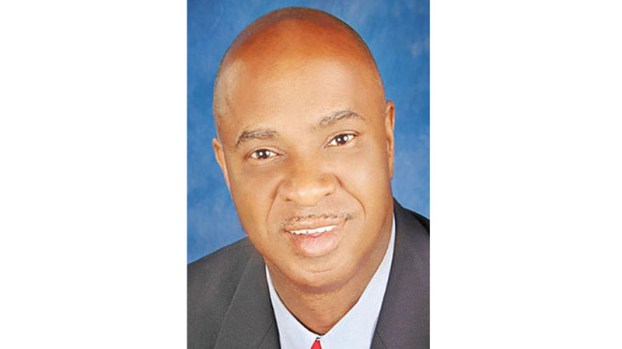 LAPLACE — State Representative Randal Gaines of LaPlace will retain his District 57 seat for a third term.

As of Thursday afternoon, his only challenger, Shondrell Perrilloux of LaPlace, was disqualified from running for the House of Representatives seat in the Oct. 12 election.

Alexander Williams, a voter in the district, challenged Perrilloux’s candidacy, stating she is still writing monthly restitution checks for the sentence she received in 2015. The sentence was the result of a conviction for issuing worthless checks, according to court records.

In the October 2018 election, voters passed an amendment that barred convicted felons, unless pardoned, from seeking or holding a public office until five years after the completion of their sentence.

Perrilloux appeared on St. John the Baptist Parish ballots in the same October 2018 election as a contender in a three-way race for School Board District 11 seat, which was eventually won by incumbent Clarence Triche in a run-off election.

The appeal came a day too late, however, as state law dictates candidacy challenge appeals must be filed within 24 hours.

Perrilloux said she hopes to use her disqualification as an opportunity to educate the public on new laws impacting those with felony offenses. She said the laws are contradictory, sending the message that ex-offenders are “good enough to vote but not good enough to serve.”

“I feel that this was intentionally done, but, nevertheless, some good is going to come out of it,” Perrilloux said. “I look forward to working with the legislature on this point to advocate to make sure the language is clear enough for the constituents to understand the guidelines. I want the residents to know that although I won’t be able to serve them as a sate rep at this time, it does not mean I am giving up my role as a community advocate or civil rights activist. I’m still available for the people.”

In the challenge to her candidacy, it was also alleged Perrilloux had not filed her 2018 taxes.

According to Louisiana law, electoral candidates are required to have filed their last five annual state income tax returns. The lawsuit against Perrilloux referred to records from Louisiana’s Department of Revenue that stated her 2018 taxes had not been filed.

“I had filed an extension,” Perrilloux said. “Even though I did not file on April 15, the state gives until Nov. 15. I can back this up with my paperwork that I always file my taxes around October and November. I’m going to file them on November 15.”

Perrilloux thanks those who have supported and encouraged her to pursue her leadership dreams.

The disqualification leaves Randal Gaines as the only contender for the District 57 seat, which represents constituents in St. John the Baptist and St. Charles parishes. The qualifying deadline for candidates was Aug. 8.

Gaines was first elected to the District 57 seat in 2011. He ran unopposed in 2015 to secure his second term. This will be his third and final term in his current position, as he will be term-limited after 12 years in office and unable to run for re-election in 2023.

“I’m grateful for the opportunity to continue to serve as State Representative for District 57,” Gaines said. “I look forward to working diligently to provide impactful leadership to the state of Louisiana as well as to the River Parish region to help deliver transformative progress and a better quality of life for our citizens.”

Gaines outlined several priorities for his next term in office. At the top of the list was a need to support fiscal policies that continue to fully fund higher education. He is an advocate for quality public education, as well as the promotion and support of business and industrial development in the River Parish region. He said further development is needed to create both professional and technical employment opportunities.

LAPLACE — With election season drawing near, Georgia Keller of LaPlace is on a mission to promote voter registration while... read more