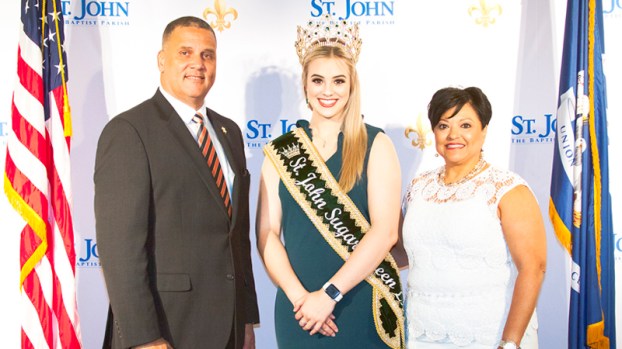 Palermo was crowned Teen Queen at the local Sugar Queen pageant in 2018, and she is eager to compete against pageant winners from other parishes at the state level.

Janet Nelson, who was crowned the local Miss Sugar Queen in 2018, is the reigning Queen Sugar for the state of Louisiana.

“I’m looking forward to Sugar weekend and all of the events,” Palermo said. “Last year, I went to support my Miss Queen Janet, and now I get to do all the fun things I saw her do with the winners from the other parishes.”

Palermo will prepare for the pageant by touring sugar refineries and speaking with owners of the nearby sugarcane farms she and her friends explored as children.

“I’ve been heavily doing research on the sugar industry, especially on how they bring it in from harvest to our table,” Palermo said.

There will not be a local Sugar Queen Pageant in Reserve for 2019 due to scheduling conflicts with contestants leaving for college, according to coordinators. The Sugar Queen team hopes to reinstate the pageant earlier in the summer for future years.

RESERVE — Theron J. Williams, 25, of New Orleans has been arrested in this week’s double homicide in Reserve, and... read more