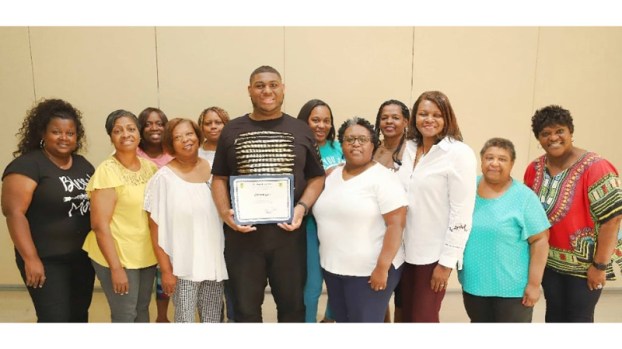 Krewe of Dagé searching for a queen

LAPLACE — Preparations are already underway for the 2020 Mardi Gras season, and St. John the Baptist Parish’s newest parade group is searching for its Queen.

The Krewe of Dagé made a grand debut earlier this year with nearly 40 double decker floats, signature apple throws and dozens of marching groups. Focused on education, the Krewe of Dagé also extended a $2,000 scholarship to essay winner and 2019 East St. John valedictorian Cameron Cage.

The new Queen will help krewe members expand impact in local schools through fundraising efforts, according to Rolanda Tuircuit.

The Krewe of Dage rolled for the first time during the 2019 Mardi Gras season.

“Instead of just picking someone to be the Queen, we are going to do it like a fundraiser,” Tuircuit said. “You have to raise a minimum of $3,500 to be Queen. Whoever raises the most will be the winner.”

The Queen will be crowned at the Krewe of Dagé Inaugural Mardi Gras Soiree on Feb. 8, 2020 at the St. John Civic Center on U.S. 51 in LaPlace.

The contest began last week and will continue through December 2. All ladies interested in participating in the Queen contest should contact kreweofdage@yahoo.com for more information.

The contest is open to women ages 21 and older, organizers said.

“It’s up to each individual to choose how they want to do it,” Tuircuit said, listing benefit dinners, pop up shops and raffles as potential fundraising ideas.

Brannetter James was the Krewe of Dage’s inaugural Grand Marshal.

“We’re thinking about adopting a school at that time. Our main goal is to help in the education department. Next year, in addition to a scholarship, we plan on giving maybe a laptop to an individual. We’re trying to get different things to enable them when they go to college.”

As the Queen contest picks up speed, krewe members are also planning for the second annual Krewe of Dagé parade. According to Tuircuit, the Buffalo Soldiers are slated to be a part of the 2020 event.

For more information about participating in the parade, message Krewe of Dagé on Facebook or email kreweofdage@yahoo.com.