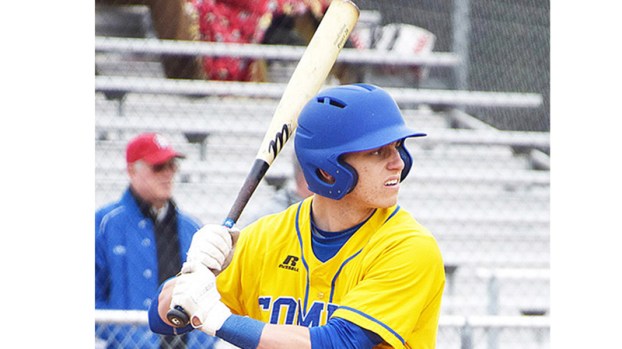 Nick Lorio, a recent St. Charles Catholic High School graduate, is playing for the Pedal Valves this summer. In June, he went 3-1 as a pitcher and batted .373 with one home run, 12 doubles and 31 RBIs in 26 games.

Parfait, the Louisiana State Chairman since 2012, got a serious reminder of the first when he was forced to postpone the tournament because of Hurricane Barry. The six-day tournament, which will determine the Louisiana state champion, was scheduled to begin July 12 – just as Barry was churning off the coast.

Now it will begin Friday and run through July 24 at Kirsch-Rooney Stadium in New Orleans, with 10 teams vying for a spot in the Southeast Regional Tournament, to be played Aug. 7-11 in Tampa, Fla. The winner of that tournament will advance to the American Legion World Series, to be played Aug. 15-20 in Shelby, N.C.

Parfait said the title is really anyone’s for the taking.

“At the beginning of the season I said I thought it might be harder to get out of Louisiana than it will to get out of the Regional,” Parfait said. “It really is wide open. As we’ve seen a lot of times you have to be lucky in addition to having a good team.”

Among the teams competing is the St. Charles Catholic-based Townsend Homes, which won the Second District West title and will open play against Houma’s Southland Hogs Friday at 3:30 p.m. The Comets won the Division III high school state championship in May.

St. Charles coach Wayne Stein said the week’s delay put some extra pressure on his players, who scheduled vacations around the original dates. He said he will have a few players missing this week.

“I gave them a schedule in the beginning of the summer,” he said. “I can’t hold them to the fire now.”

The field also includes 2019 state champion and World Series semifinalist Gauthier Amedee, which is made up of players from around all of Ascension Parish.  The rest of the field includes Lakeshore-based Bill Hood, Jesuit-based Retif Oil, Hahnville-based Otto Candies, Destrehan-based ES&H, the Crowley Millers and St. Landry Bank.

It also includes Pedal Valves, the 2018 state champion, which draws players from throughout the metro area – including St. Charles Catholic. On the roster is former Comet Nick Lorio, who just two months ago pitched his high school team to its first state championship. He finished his senior season with a 1.95 ERA and a 9-0 record while batting .333 with 35 RBIs.

The Delgado signee is continuing his success as a Cardinal this summer. In the month of June he went 3-1 as a pitcher and batted .373 with one home run, 12 doubles and 31 RBIs in 26 games to earn the June Athlete of the Month honor from the Greater New Orleans Sports Award Selection Committee, sponsored by the Allstate Sugar Bowl.

But now he will be using his skills against his former teammates at St. Charles.

“It’s really weird because, the last four years I’ve had the blue and gold on and now I’m sitting across from them thinking, ‘I should be with over there with them,’” Lorio said.

Stein said Lorio will always be a Comet at heart.

“He always will be my guy,” Stein said. “Our kids like to play those guys, though, to see what they can do. It was weird when we played them because he knows I know his weaknesses. It makes it interesting.”

Lester Smith retires from head coach role: “Our goal was always to take care of our kids”