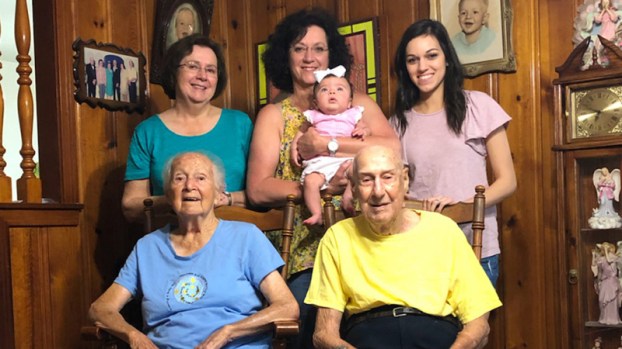 RESERVE — At a few months short of 99 years old, Norris Stein Jr. is one of the few remaining World War II Veterans in St. John the Baptist Parish.

He’s blessed with a big family that recently extended to include five generations with the birth of great-great-granddaughter Isabelle Strode six months ago.

Granddaughter JoAnne F. Gonzalez felt blessed to capture all generations in a family photo that’s sure to be treasured for years to come.

“It means a lot to me, being that my grandfather is turning 99 in October,” JoAnne said. “For him, this is a monumental thing. He is very family-oriented. He’s been telling us a lot of his history from when he was in the war, talking about family things and how important genealogy is.”

Norris, 98, and Pauline Stein, 93, have lived in Reserve all of their lives, according to JoAnne. Norris retired from the Godchaux Sugar Refinery when it still operated in LaPlace years ago.