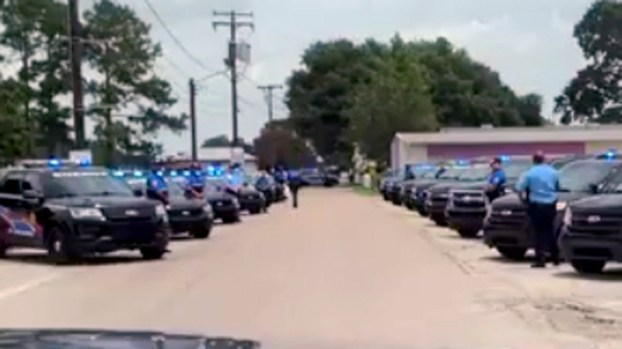 The St. John Sheriff’s Office showed their respect as Sgt. Son Collins made his way to his final resting place.

LAPLACE — Sgt. Son “Biddy” Collins Jr. passed away June 11. A native of LaPlace, he was 82. In 2000, Sgt. Collins retired from the St. John the Baptist Parish Sheriff’s office after 15 years of service. He then served as an auxiliary deputy until 2006.

Collins was given a full send off by the St. John Sheriff’s Officers, who lined the way to St. Peter Catholic Church Cemetery after the service at Beech Grove Baptist Church.

Louisiana Premier could open in 2020; BESE pushes for operating agreement

RESERVE — Louisiana Premier Charter School will not open for the 2019-2020 school year, but it’s not the end of... read more