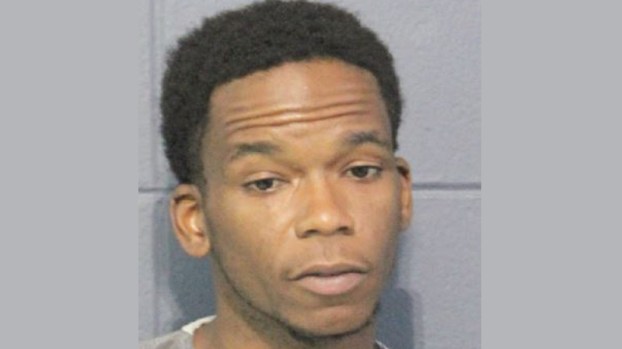 RESERVE — A brief pursuit with police in a stolen vehicle led to another arrest for convicted felon Larry McCray III of Reserve.

McCray was arrested Saturday and charged with resisting an officer by flight (misdemeanor), aggravated flight from an officer by vehicle (felony), illegal possession of stolen things (felony) and aggravated criminal damage to property (felony).

At about 8:40 p.m. Saturday, Special Operations Division officers were on proactive patrol near River Road and East 20th Street in Reserve when they were alerted to a vehicle reported stolen in a New Orleans carjacking.

Officers located the vehicle in the area. As officers attempted to make a traffic stop, the vehicle abruptly accelerated near East 12th Street.

Two subjects exited the moving vehicle following a brief pursuit and fled on foot, one toward East 11th Street and the other toward East 13th Street.

Objects flew out of the passenger side of the vehicle as the subjects fled, according to police. The vehicle eventually crashed into the fence in the 200 block of East 12th Street.

Officers observed a ski mask in the street where the subjects exited the vehicle and an AK 47-style pistol assault rifle.

A warrants check revealed that McCray was wanted by the East Baton Rouge Sheriff’s Office for possession of a firearm by convicted felon, flight from an officer, switched plates, expired motor vehicle inspection, and registration required in vehicle.

LAPLACE — Military personnel who died while serving in the United States Armed Forces were remembered and honored May 24... read more